TAMPA, Fla. - Pilots painting art on the nose of their airplanes is an art form as old as the aircraft themselves. Pilots at MacDill Air Force Base in Tampa unveiled their own Monday morning.

The KC-135 decal "Spirit of Tampa Bay" was a nod to the community. Second Lieutenant Kate Randall designed it.

"We came up with some preliminary designs. We had our maintenance group, which is like 600 people, all vote on which design they liked best," she said. "Sr. Master Sgt. Mackenzie and I had a few ideas we played around with. I came up with a few sketches and I took pictures of them and shot them out to the group and everyone voted on them." 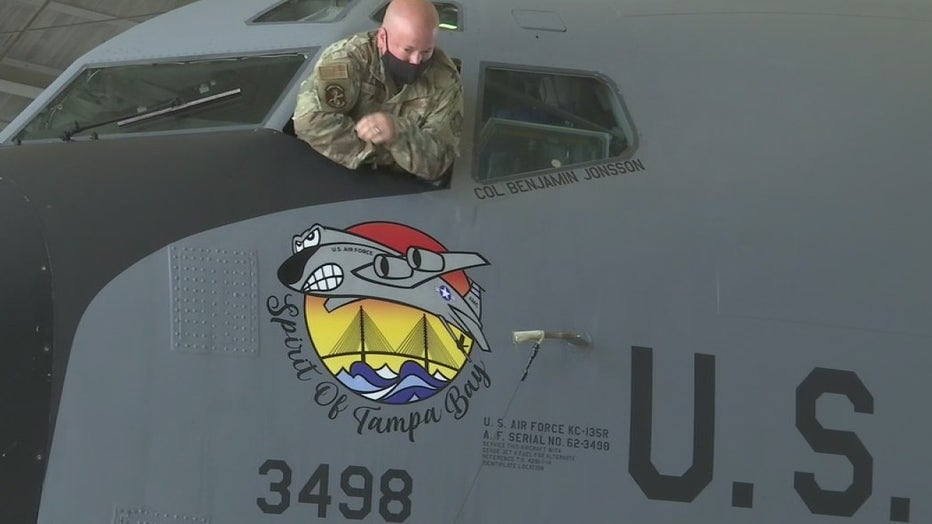 The tradition started during the first World War and became widely popular during World War II. 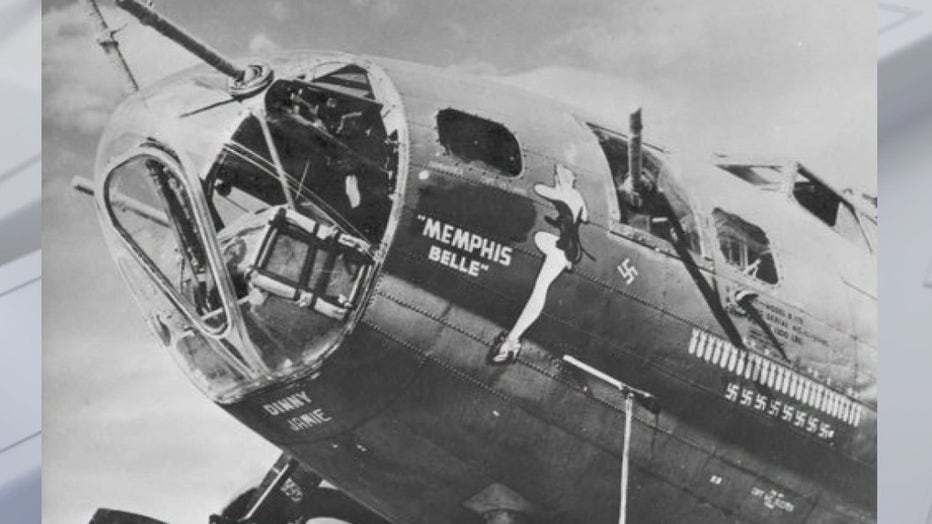 "A lot of times, it was a departure from the black and white of the military and a way to add a bit of art onto this gray, bland aircraft," said Sr. Master Sgt. Walt Mackenzie. "You’d use it to identify whether an aircraft was a friendly aircraft because you could see it from so far away."

The designs were also nods to their hometowns, or the sweethearts they left behind. Future President George H.W. Bush now-famously painted "Barbara III" on his TBM Avenger, a torpedo bomber he flew during WWII in the Navy. 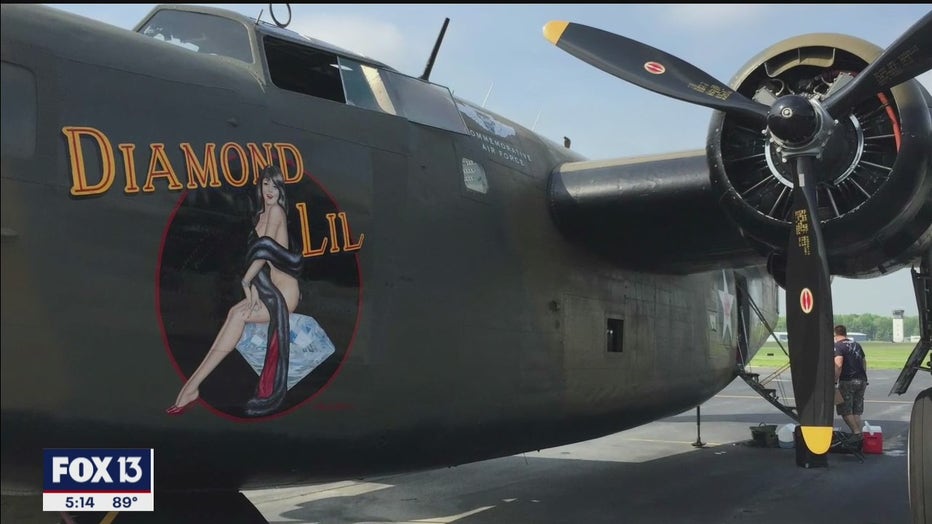 "It kind of has molded into just more of an expression, an artistic expression, really, on the aircraft," Mackenzie said.

MacDill’s base commander, Col. Benjamin Jonsson, who flies a refueling aircraft, says you might be able to catch a glimpse of it from your backyard.

"You’ll see it flying over Tampa Bay, and hopefully I’ll be at the controls," he laughed. 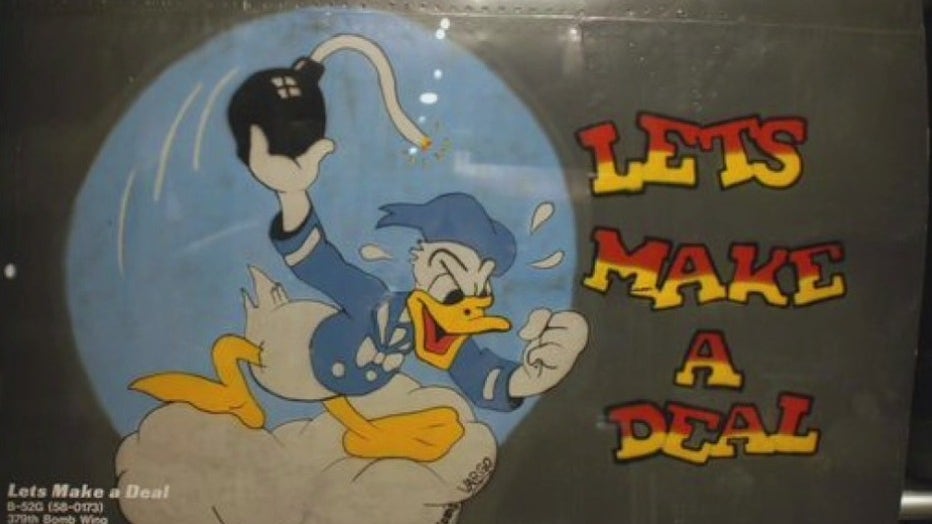