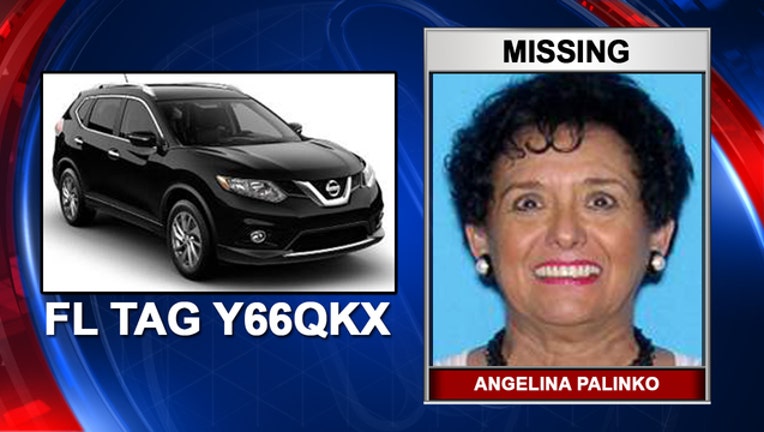 VENICE/BRADENTON (FOX 13) - The Manatee County Sheriff's Office says Angelina Palinko has been found and is safe.

Previously, her husband called the Manatee Sheriff’s Office after his wife didn’t return home from a night of playing cards with friends.

Arthur says his wife doesn’t have any medical issues and doesn’t take any medications.

Arthur says he last saw his wife at their home in Coral Club Apartments, located at 5980 36th Street W. in Bradenton, on Monday.

She was driving a 2015 Black Nissan Rogue with Florida license plate number Y66QKX.

Anyone who knows where Angelina may be or has seen her vehicle is asked to call the Manatee County Sheriff’s Office at 941-747-3011.