An Iowa jury hears the prosecution's opening statement in the trial of Cristhian Bahena Rivera, who is accused of killing Mollie Tibbets in 2018. The defense opted to defer their opening statement to the conclusion of the state's case.

IOWA CITY, Iowa - The trial of Cristhian Bahena Rivera resumed Thursday, one day after jurors heard the prosecution’s opening statement. Jurors at the trial were shown surveillance videos Thursday of a woman running and a vehicle tied to the defendant driving by her seconds later.

Bahena Rivera, 26, is accused of killing Mollie Tibbets in 2018. She was a 20-year-old college student who went missing after going for a run that July.

Investigators testified about how the video became a significant lead in the month-long search for Tibbetts, who disappeared while running on July 18, 2018, in Brooklyn, Iowa. Within days of obtaining the video, they had recovered Tibbetts' body from a cornfield and arrested Bahena Rivera, a local farmhand and Mexican national who was living in the country illegally.

The testimony came on the second day of Rivera’s Trial at the Scott County Courthouse in Davenport. Prosecutors say the surveillance video, blood found in the vehicle's trunk that was later a match for Tibbetts' DNA, and a partial confession by the defendant will be key to proving his guilt.

A massive search came to an end a month later when investigators said Bahena Rivera confessed and told them where to find her body in a cornfield. Prosecutor Bart Klaver said in his opening statement that he will ask the jury to find Bahena Rivera guilty of first-degree murder in the death of Tibbetts. 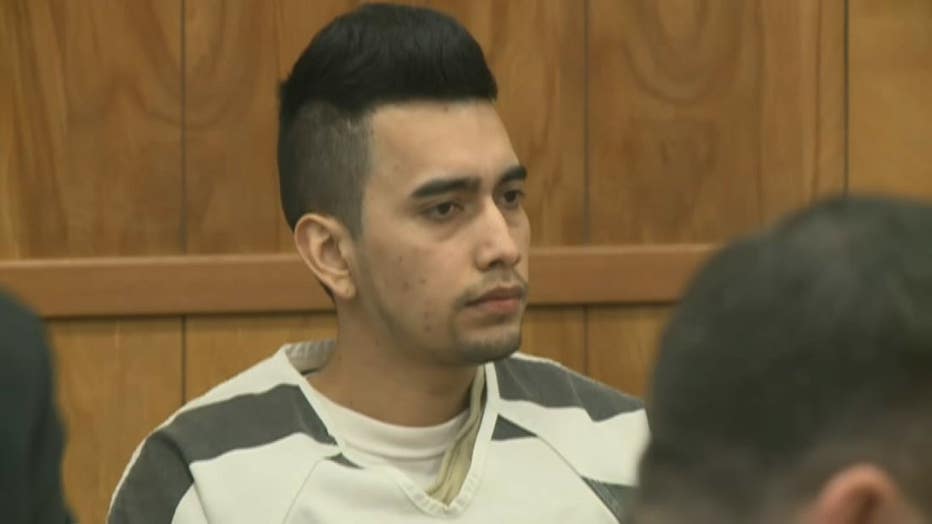 Cristhian Bahena Rivera, a 26-year-old father of a young daughter, had no criminal history before being charged with first-degree murder in Mollie Tibbetts’ death.(Source: FOX Edge)

"I’d like you to focus on the three primary aspects of the state’s evidence that point to the defendant as Molly Tibbetts’ killer," Klaver said to jurors. According to Klaver, those aspects included video evidence, DNA analysis and a partial confession by the defendant.

Dalton Jack, the boyfriend of the University of Iowa student, testified Wednesday that he had nothing to do with her 2018 abduction and stabbing death, saying he had been out of town for work and was heartbroken by her slaying.

Jack was a key witness on the first day of the first-degree murder trial.

During cross-examination, defense lawyers for Bahena Rivera worked to try to cast suspicion on Jack, painting him as a man with a temper who had a tumultuous relationship with Tibbetts and had cheated on her with at least one other woman.

But Klaver said a homeowner’s surveillance video will show Bahena Rivera’s black Chevy Malibu appearing to circle Tibbets as she ran. Bahena Rivera, now 26, told police that he drove past Tibbetts and turned around to get a second look because he thought she was "hot," Klaver said.

Still, defense lawyer Chad Frese tried to cast suspicion on Jack, who continued to impress upon the court that he had nothing to do with Tibbetts’ abduction and death. 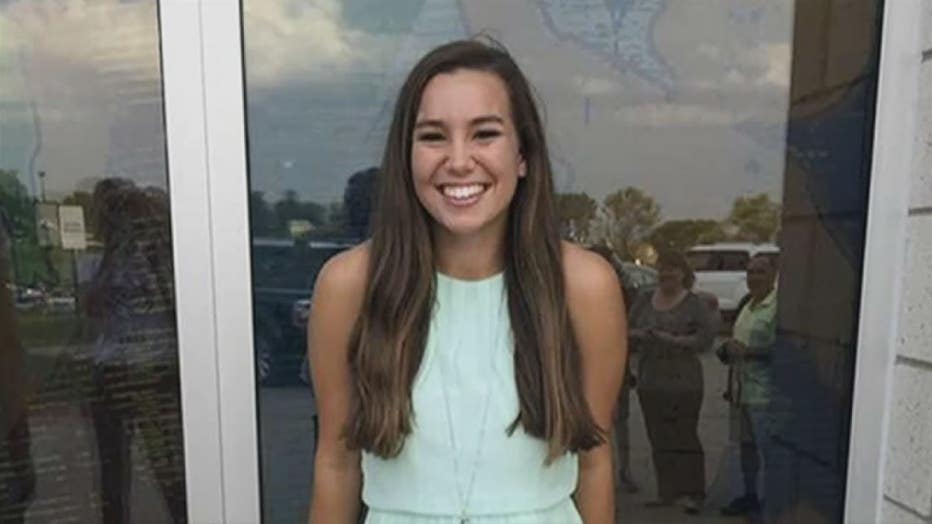 Mollie Tibbetts was a 20-year-old college student who disappeared after going for a run in July 2018. (Source: Family handout)

Frese pointed to inconsistencies in Jack’s testimony, according to the Des Moines Register, saying Jack told investigators he was watching a movie the night of Tibbetts’ disappearance. But Jack testified Wednesday that he was out playing games with his crew members.

Jack acknowledged he used to have a "short fuse" and would get into fights, the Associated Press reported. He said that he had "screwed up" and cheated on Tibbetts once, and that she discovered the relationship after looking through his phone.

On the day she disappeared, Tibbetts was staying at the Brooklyn home where Jack and his older brother Blake Jack lived. She had been watching Blake Jack’s dogs while the brothers were out of town that week for work.

Brooklyn hairdresser Kristina Steward testified that she drove past Tibbetts while she was running on a road outside Brooklyn at about 7:45 p.m. on July 18. She said she had known Tibbetts for years and her "heart sank" when she learned she was missing the next day.

The Jack brothers testified that they became concerned after learning on July 19 that Tibbetts had not shown up for work at a day care, and she was not answering her phone. Both returned to Brooklyn to search for her before calling police.

Dalton Jack testified that he had been part of a crew building a bridge in Dubuque, about 140 miles from Brooklyn. He worked 12 hours on July 18 then drank beer and played yard games with the crew before going to sleep at a hotel, adding that he never returned to Brooklyn that night.

He admitted that he initially told police that he was watching a movie in his hotel room on the night she disappeared and that he withheld information about his infidelity, calling it irrelevant. He also acknowledged that he told police his last communication with Tibbetts was a Snapchat he received at 10:30 p.m. that night, but phone records show it was after 1 a.m.

Jack said he did not voluntarily testify Wednesday because he didn’t want to be in the same room as Bahena Rivera.

"I am obviously not his biggest fan," he said. "I wholeheartedly believe he’s guilty."

Jack joined the Army three months after Tibbetts’ death, saying he "wanted to pretty much leave" their hometown.

The 23-year-old is now stationed at Fort Bragg in North Carolina.

This story was reported from Atlanta. The Associated Press contributed to this story.