HOMOSASSA, Fla. - If you have yet to visit Monkey Island in Homosassa, now is probably the time to make a stop in Citrus County. The monkeys – Ralph, Emily, and Ebony – will be moving out while humans move in to upgrade their tiny, sandy home.

The renovations are long overdue, locals say. The manmade Monkey Island started as a pile of hidden rocks beneath the water's surface, but to avoid boat collisions, a large pile of dirt was added for fishermen to easily spot the hazard and avoid it.

Then, the monkeys were added – after they enjoyed some mischievous adventures with visitors at a nearby state park, that included pickpocketing.

But this all happened back in the 1960s. The lighthouse still sitting on the tiny island was placed there even before the primate residents moved in. Some of the barriers surrounding the island are damaged or have partially sunk. 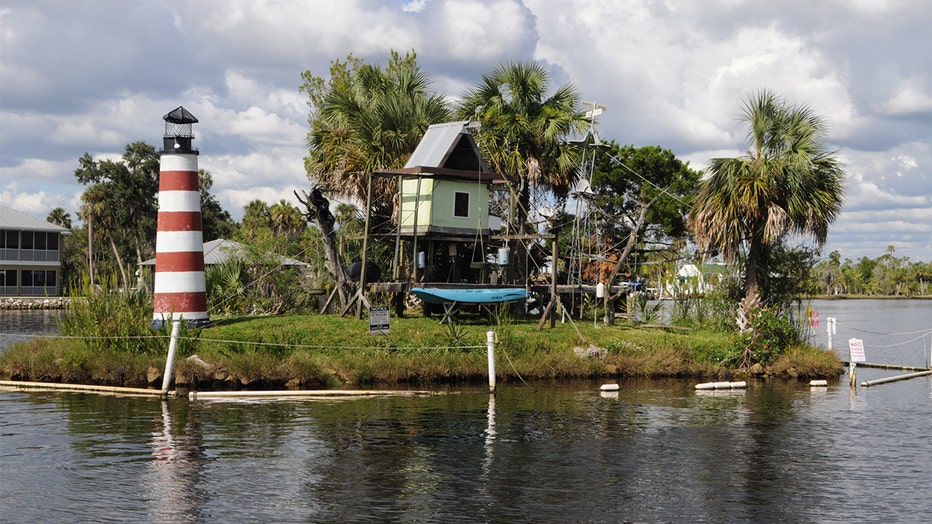 From new electrical wiring between the island and mainland to a new playground area, calling it a "big project" is an understatement, said the owner, Blake Lowman. The Lowman family purchased the resort property – now called the Florida Cracker Riverside Resort – which includes Monkey Island.

Probably the most complicated parts of the extreme makeover are the electrical work and barrier construction. The monkey residents will be provided air conditioning, which means the electrical conduits from the mainland to the island must be updated. 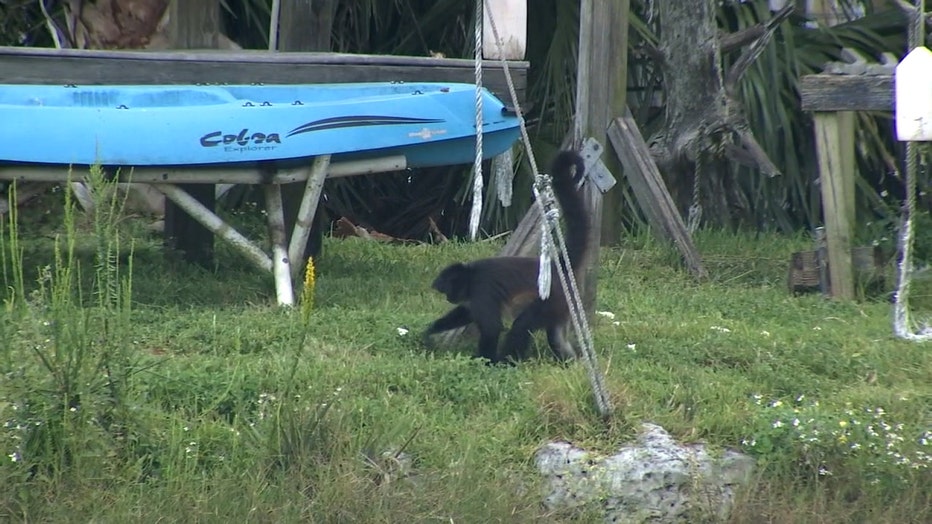 One of the spider monkey residents is seen roaming around Monkey Island. (FOX 13 / File)

Marie Straight, one of the board members that is overseeing the project, said this is where the community stepped up to help.

Construction could start as soon as the beginning of 2022 thanks to local support. Historic Monkey Island Inc. – a non-profit created by the Lowmans – planned a fundraiser in November, but the tickets were quickly sold. The entire project is about $150,000, and they are already halfway to their goal. 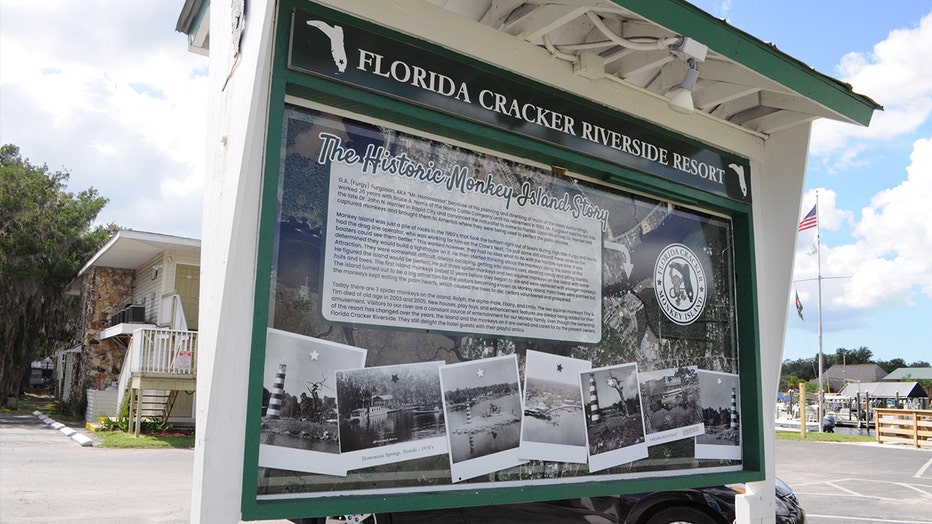 This stands outside the the Florida Cracker Riverside Resort's Monkey Bar for visitors to learn about the history of Monkey Island. (FOX 13 / File)

But assistance from locals didn't stop there. Board members also met with Withlacoochee River Electric Cooperative, hoping they will sign on – and they did. The company will be providing the equipment, manpower, and knowledge.

"The only cost to the organization or the non-profit will be the cost to the poles, which we estimate to be $200," Straight said. "We’re very fortunate to be able to partner with them."

The whole island is rock-based, so the other hurdle is the drilling.

"We have to get a huge auger, for lack of a better word, to drill down to the rock so we can put the huge poles up for them to swing," Lowman added.

He said the U.S. Department of Agriculture – which sets the federal regulations the Lowmans must follow to maintain their monkey ownership – has been pushing for a new barrier around the island. 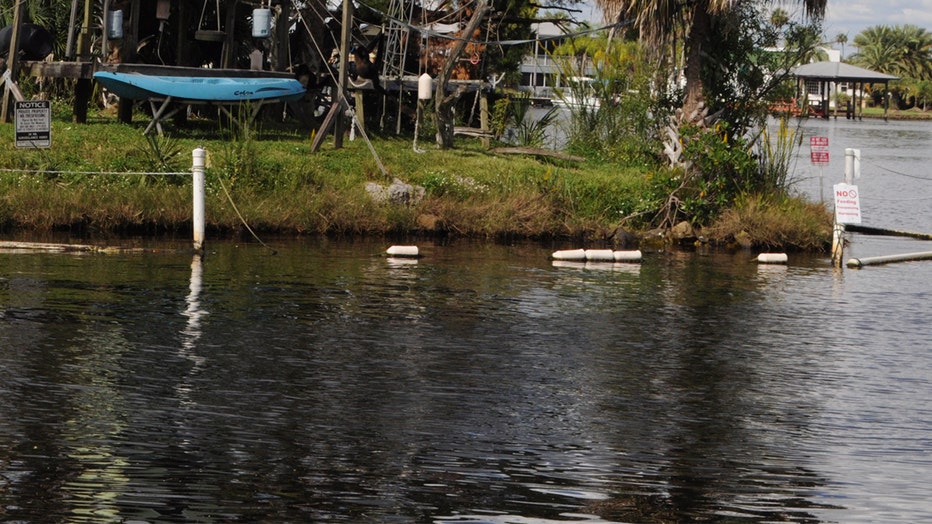 The barrier around Monkey Island -- meant to discourage boaters and kayakers from getting too close to the spider monkey residents -- is virtually non-existent. (FOX 13 / File)

"That’s a pretty big deal because it’s all rock. There’s a couple of local dock companies here in Homosassa that will help," Lowman offered. "We’re going to have to draw new pilings down on the river and basically use that to create a new barrier to block any unwarranted boats and visitors to try and get too close to the island."

Another logistically-important part is the monkeys' home.

"That’s going to be another big one trying to build it out there on an island," Lowman said, "and bring everything on a boat." 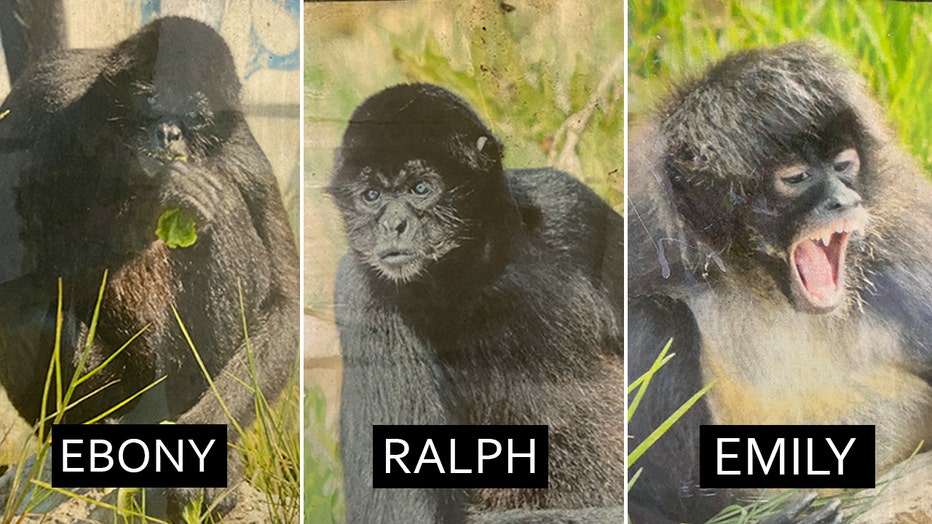 Once all is said and done, Lowman said all the hard work will be worth it. The hope is to set a solid foundation for future monkey generations and to keep a historical part of the community thriving for decades to come.

"I mean it’ll definitely be worth it because people love it," Lowman said. "They were more than happy to take on this project because it’s good for everybody: the community, the visitors, all of Citrus County as a whole. It’s just a good thing." 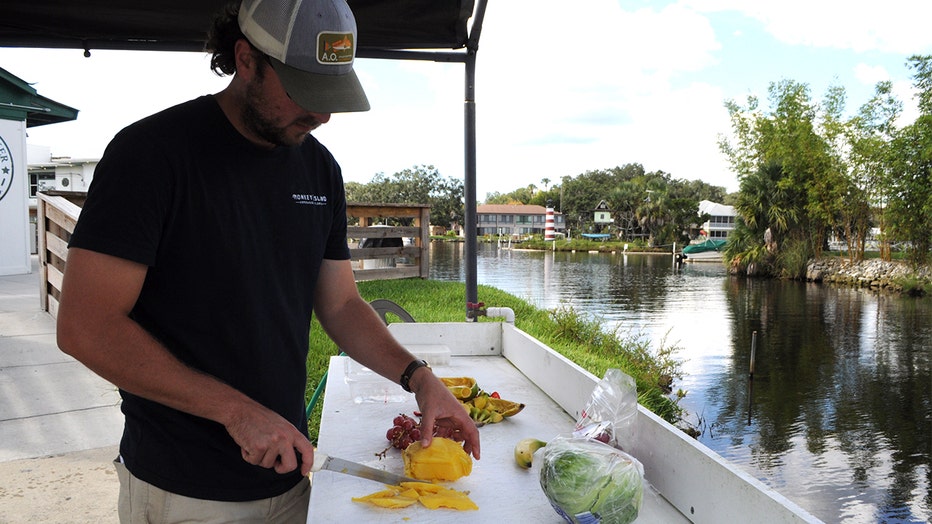 Blake Lowman, one of the owners of Florida Cracker Riverside Resort, is seen chopping up a mango for the spider monkeys. (FOX 13/File)

The board members previously met with Discover Crystal River, the tourism department that promotes all of Citrus County and can offer special funding requests. In this case, after the initial $75,000 is spent – on demolition, installing the electric poles, barriers, and so on – members will present a funding request for Discover Crystal River to match what they spent.

"Which doesn’t sound like much but it is quite involved because they require a narrative about the project, detailed information. They want to know how tourism is going to benefit from our project, how we will work with the tourism industry," Straight explained. "I mean there’s a checklist of things that we have to comply with when we make the application and then they will match us upon approval. That $75,000 will equal the $150,000 we anticipate we need." 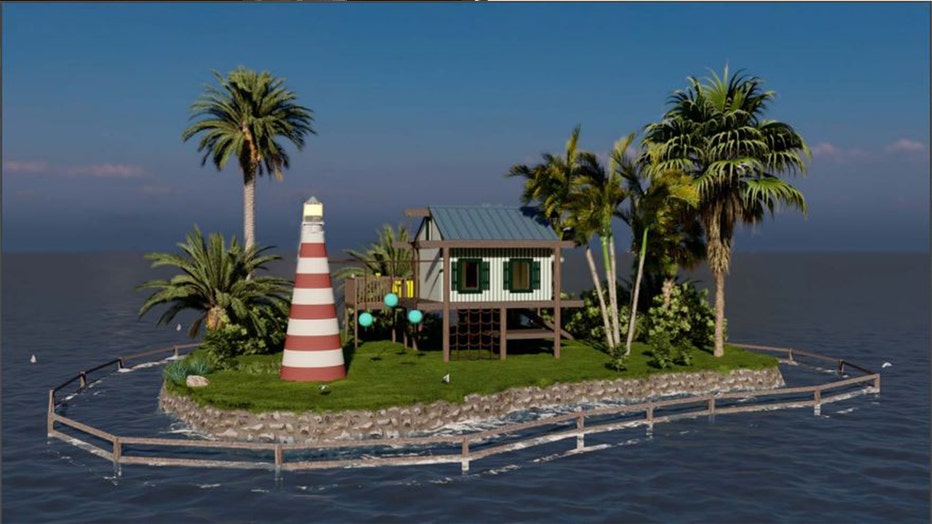 As for the spider monkeys, they will be taken to Boyett’s Grove, a Spring Hill zoo, during the renovation. And the original lighthouse will get some "TLC," Straight said. There was no question about keeping it around.

Lowman said they hope to completely update Monkey Island by the end of 2022.

If you're interested in making a donation, the organization accepts those all year. The funding goes toward maintenance, monkey food, and more. To learn more, head over to the Historic Monkey Island website.