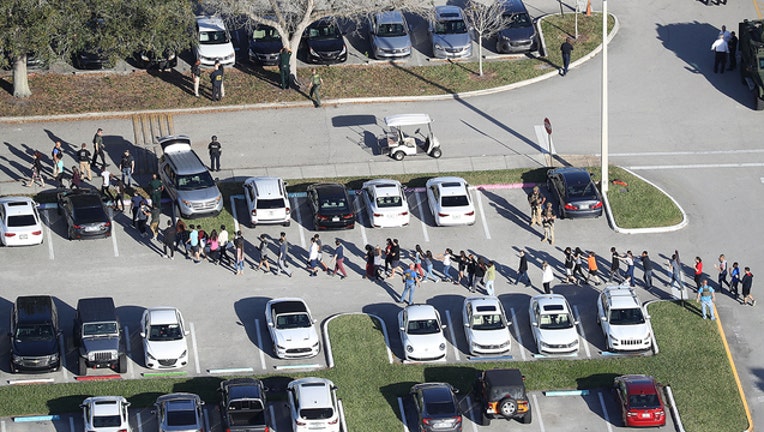 People are brought out of the Marjory Stoneman Douglas High School after a shooting at the school that reportedly killed and injured multiple people on February 14, 2018 in Parkland, Florida. (Photo by Joe Raedle/Getty Images)

According to the committee’s agenda, they plan to discuss the 911 calls received during the Florida gun attack. They’ll also talk about witness interviews regarding shooter Nikolas Cruz’s behavior before the deadly shooting.

An update on the new Fortify Florida app – which allows people to report suspicious activity – will be provided.

Last month’s meeting was canceled due to Hurricane Michael.