STEAMBOAT SPRINGS, Colo. - A massive moose fight broke out in the driveway of a Steamboat Springs, Colorado family's driveway. 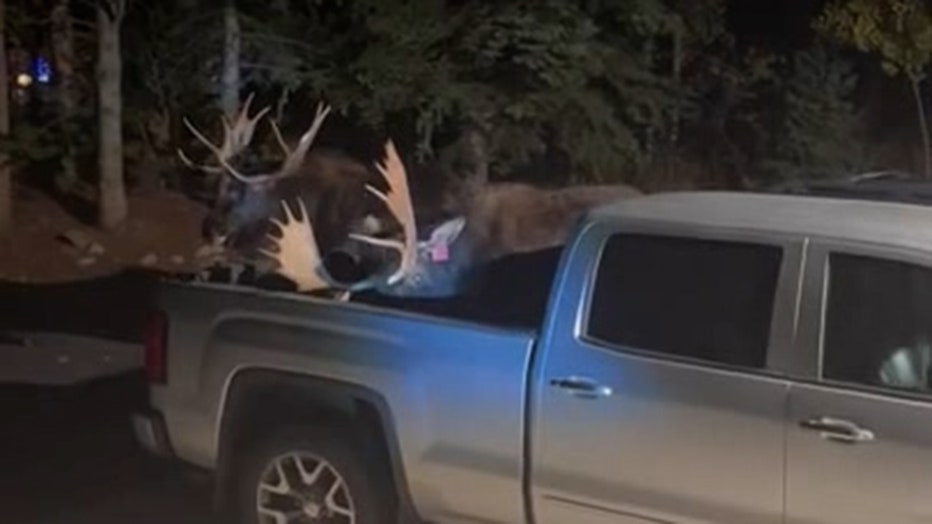 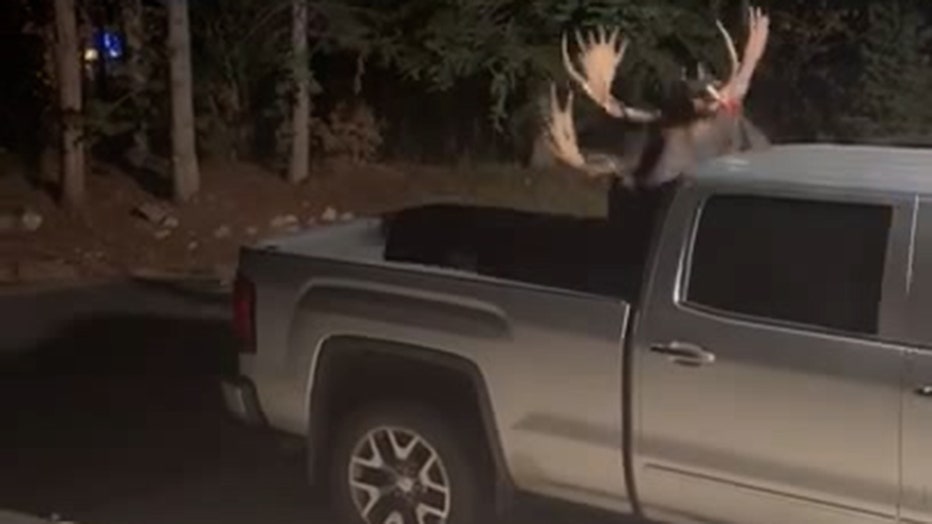 They eventually moved closer to the home. One of the moose threw the other partially into the bed of the truck parked in the driveway. 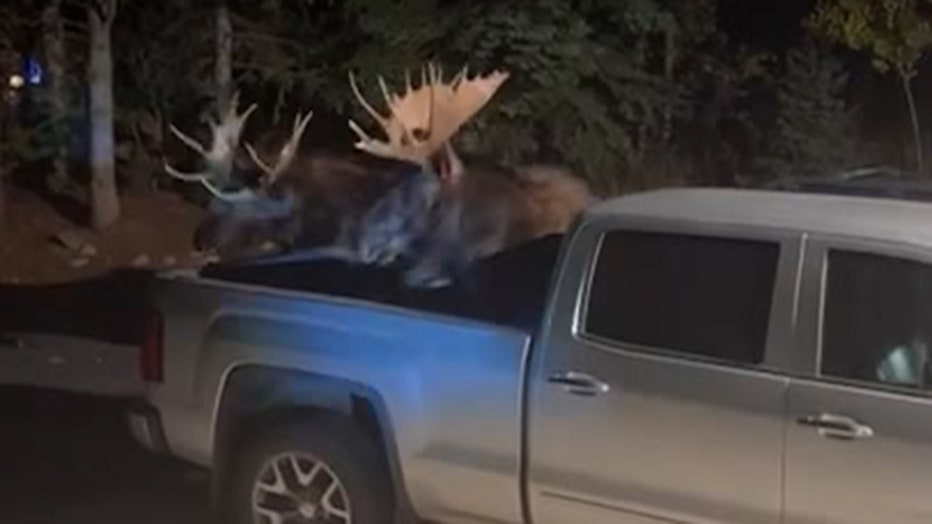 Unfortunately, the truck lost a mirror in the mele.