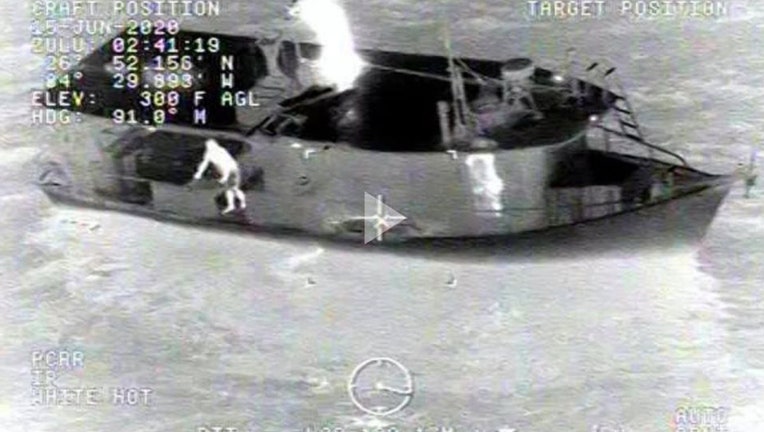 The U.S. Coast Guard received a report of the bite Sunday night, and Coast Guard Air Station Clearwater MH-60 Jayhawk helicopter's crew launched and medevaced the man from a fishing vessel, which was located roughly 131 miles west of Venice.

Coast Guard officials said they received the report around 9 p.m. from the captain of a fishing vessel.

The man was taken to Tampa General Hospital, and is expected to be OK.