Bay Area agencies are taking to the skies to battle a growing mosquito problem.

TAMPA, Fla. - Tuesday marks the first day of summer which also means more mosquitoes will be buzzing around Floridians.

Controlling the bugs requires some work and Hillsborough County mosquito management tries to end the problem before it starts.

Brian Gentry is the pilot of a helicopter that is used to mitigate mosquitoes in certain areas.

"Essentially the helicopters probably are the most valuable tool we have in keeping the mission," explained Gentry.

Technology is key for preventing a surplus of mosquitoes. 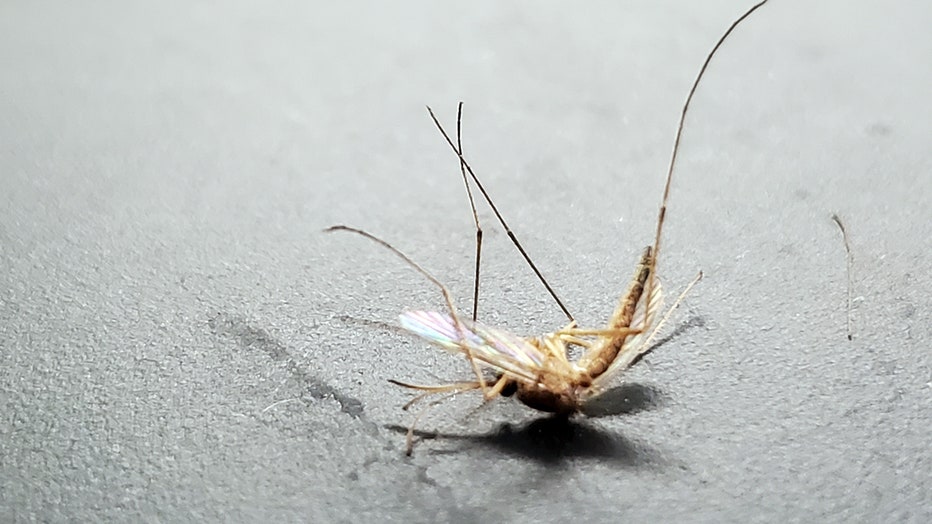 "Our inspectors will go out, they’ll find an area that’s actively breeding with larvae. At that time, they’ll schedule an aerial mission," said Gentry. "Usually that area is a site that is too remote and inaccessible for vehicles to reach. At that time, we’ll install the site with an onboard computer."

The computers help with controlling the mosquito population by finding the most efficient flight paths for pilots. They also make sure there is a constant and effective coverage for the bacteria that kills the larvae.

"It meters the flow of the product that we’re putting down, and it makes sure that we’re getting that consistent coverage and providing the best possible treatment," shared Gentry.

The material that is used to kill the mosquitoes is harmless for humans. It sprays out as a dust.

"Corncob is treated with what’s called BTI and that is a naturally occurring bacteria," explained Gentry. "Once the larvae ingest this, it disrupts their digestive system and basically terminates their life."

Gentry said, sometimes the bacteria falls in their drinks. According to scientists, they're still safe for people to consume.

They also use a more long-lasting treatment called P35 to terminate mosquitoes.

"Basically, it gives us 40 days of residual treatment, so we can pretreat with this," shared Gentry.

Pilots go out about every three to four days. During the off season when it's colder, they go up about once a week.