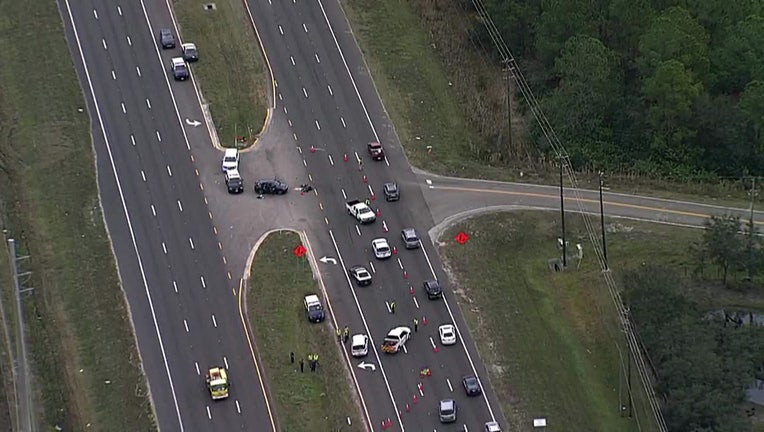 ODESSA, Fla. - Troopers say neither driver survived a crash between an SUV and a motorcycle in Odessa Tuesday afternoon.

According to the Florida Highway Patrol, it was just after noon when an SUV headed northbound along Altamont Lane pulled out from the stop sign to make a left turn onto State Road 54. That’s when a motorcycle, speeding eastbound on State Road 54, slammed into the driver’s side of the SUV.

The driver of the motorcycle – a 21-year-old Wesley Chapel man – died at the scene. The SUV driver – a 20-year-old Odessa man – was taken to the hospital but later passed away.

The FHP did not provide the names of those involved.