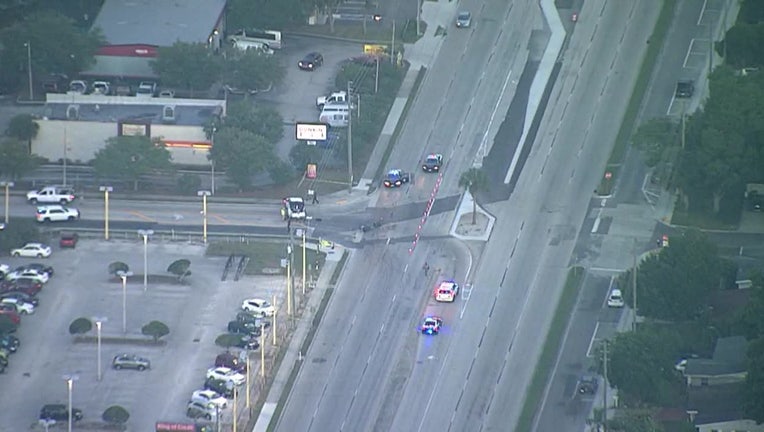 Troopers said as the driver of the pickup truck turned left, it was struck by the motorcycle "which separated into two pieces."

The motorcyclist was thrown from the motorcycle and died from his injuries, according to FHP. He has not been identified.