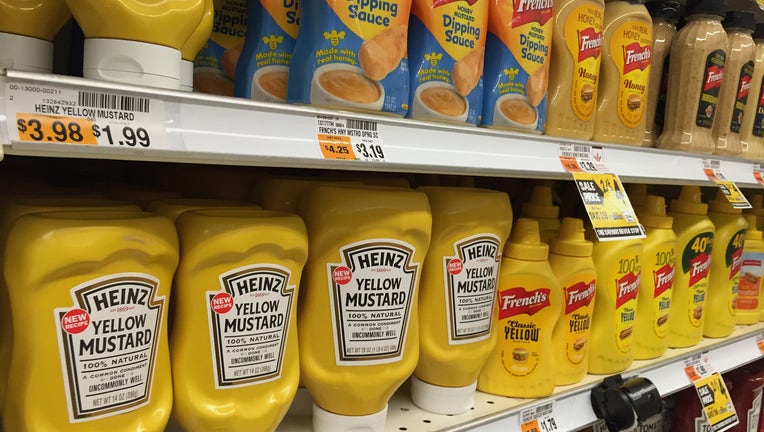 Bottles of yellow mustard are displayed for sale at a supermarket in Closter, New Jersey, U.S., Photographer: Craig Giammona/Bloomberg via Getty Images

Mustard: You either love it or hate it.

However, there might be a missing link at your next cookout this summer thanks to a shortage of the seed used to produce the yellow condiment.

If the shortage of this savory spice puts you in a pickle, the world’s leading producer of mustard seed said this year's crop looks abundant. The reason for the shortage now is due to the fact that the seed's harvest was affected by extreme heat in western Canada last July. 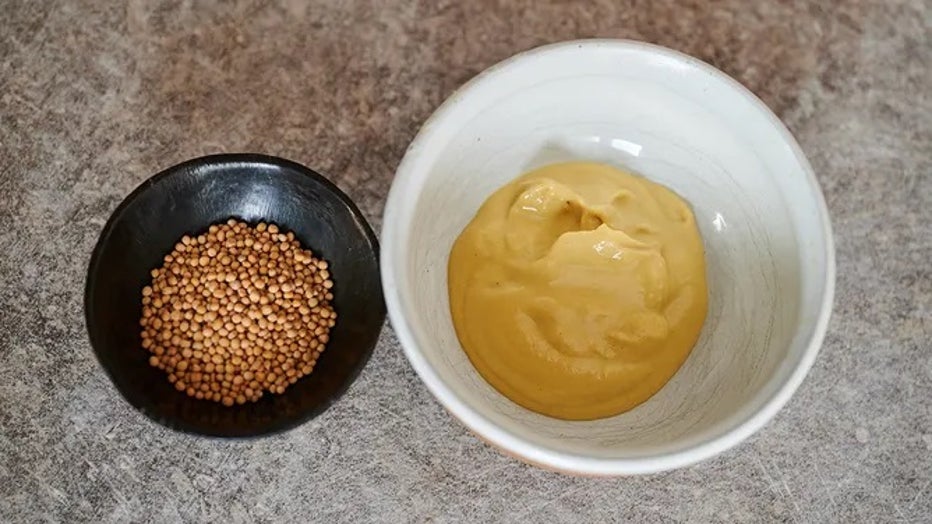 Mustard seed is produced in more than 21 countries. Canada, Nepal and the Russian Federation account for nearly 70% of the world's total mustard seed production, according to Montana State University Extension Service.

Mustard seed is an annual cool-season crop, that can be cultivated in short growing seasons, and has the advantage of being fairly tolerant to drought, heat and frost. This makes it well-suited to the growing conditions of the Canadian Prairies.

Agriculture and Agri-Food Canada told FOX Weather that the Prairies – where mustard seed is primarily grown – experienced extremely dry conditions last year, which led to a significant reduction in yields – almost 55% below 2020 levels.

"This resulted in low levels of carry-out stocks, i.e., the amount of supply left as estimated at the end of the formal crop year at Aug. 31, 2022," the government agency said in a written statement.

MORE THAN HALF OF US SEES DROUGHT

It's not just common yellow mustard that is affected, however. It's also Dijon.

"As far as the brown mustard seeds are concerned – the seeds used to produce Dijon mustard – the missing quantity is around 50%," said Luc Vandermaesen, general manager of Reine de Dijon in Fleurey-sur-Ouche, France.

In Burgundy, France, the harvest was also bad (about 50% as well), this time due to a rainy winter in 2021 followed by three days of frost in April of that year.

"The stock levels in Canada were too low, and consequently, couldn’t compensate the missing quantities," Vandermaesen said.

However, not all brands are affected. U.S. mustard brand French's told FOX Weather that their popular yellow mustards will still be on store shelves for consumers.

"McCormick & Company is not experiencing shortages of mustard seed, which we attribute to our resilient global supply chain and strong sourcing capabilities," the parent company said in a written statement. 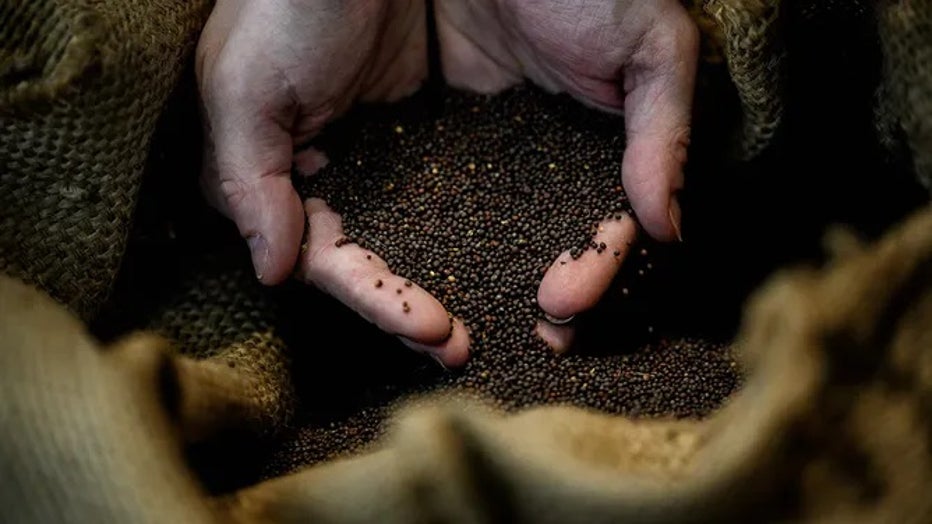 An employee buries her hands in a bag of mustard seeds at the Fallot mustard shop in Dijon on Dec. 14, 2021.(JEFF PACHOUD/AFP / Getty Images)

However, the initial seeded-area forecasts for the upcoming crop year in 2022-23 are indicating higher levels, with a forecast of 457,145 acres.

Assuming a return to more normal yields in the 2022-23 growing season due to better moisture availability, Canada is forecasting a production increase of 190.3% over 2021 levels.

Why is Canada leading the pack?

Canada is known to be a dynamic producer of grain field crops and other smaller acreage crops, including mustard seed. Their production began following World War II.

While production has experienced fluctuations over time due to global demand, Canada has historically been one of the largest producers and exporters of mustard seed in the world.

In 2021, Canada exported nearly 241 million pounds of mustard seed, accounting for about 30% of global exports.

The U.S. has been Canada’s largest export market for the past five years, with an average 54% of total Canadian exports heading to the U.S. annually (by calendar year), representing about 138 million pounds.

"The combination of experienced growers and ongoing investments in supply chains have allowed Canada to continue to remain competitive and a top choice for sourcing mustard seed," Canadian officials told FOX Weather. 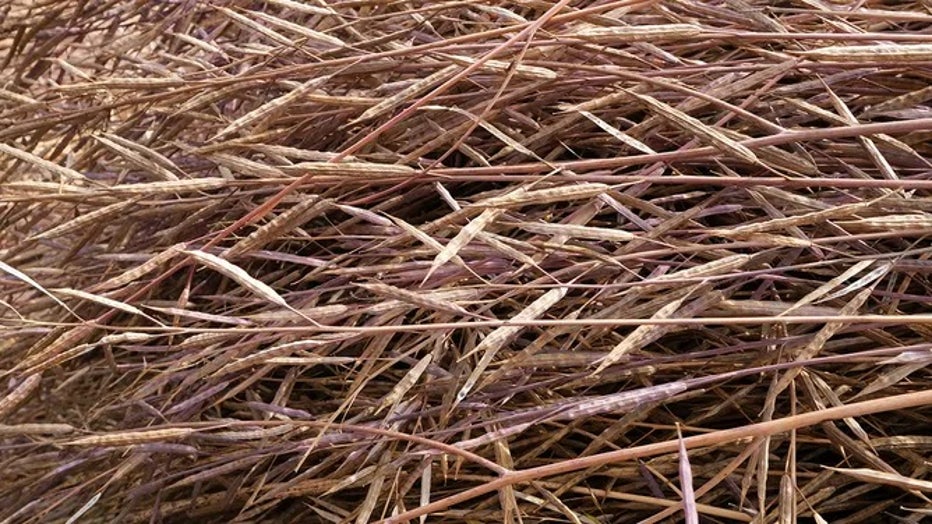 The news of the shortage comes on the heels of a production halt of Huy Fong Foods' signature Sriracha Hot Chili Sauce.

The company said earlier this month the issue was caused by several events, including poor weather conditions that caused an "unprecedented shortage" and unexpected crop failure during the spring chili harvest. The company said new orders won't be filled until September. They, too, are looking forward to a fruitful upcoming season.

There's still hope, America. It seems like the pandemic-fueled ketchup shortage that hit the foodservice industry last year due to an increased demand for takeout has resolved itself.

America’s most widely used ketchup brand, Heinz, which holds the majority of market share in the U.S., increased its production by around 25%, at over 12 billion packets per year, FOX News reports.