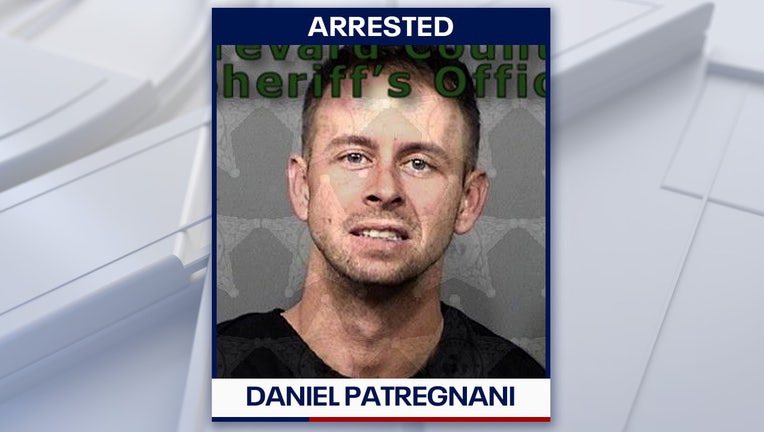 MELBOURNE, Fla. - Deputies in Brevard County say a naked Clearwater man was arrested for beating and choking a woman that he’d just hit with his car Thursday afternoon.

According to the sheriff’s office, it was around 2 p.m. Thursday when deputies were called to the Pineda Causeway in Melbourne, just east of Interstate 95. A 911 caller reported seeing a man attacking a woman.

When deputies arrived, they say they found Daniel Patregnani of Clearwater being restrained by off-duty law enforcement officers who happened to be in the area.

Deputies believe the incident started as a domestic dispute. They say Patregnani had been in the car with the woman on the causeway. At some point, they say, she got out and tried to run away. That’s when Patregnani allegedly drove across the traffic lanes and intentionally hit her with the vehicle.

After that, investigators say, Patregnani got out of the vehicle – naked – and dragged the woman across the ground, punching her and choking her until the off-duty officers intervened.

The woman was hospitalized with serious injuries. She remains in critical but stable condition after emergency surgery.

Patregnani, 33, was treated and released from the hospital before being arrested on an attempted murder charge. He was being held without bond, records show.