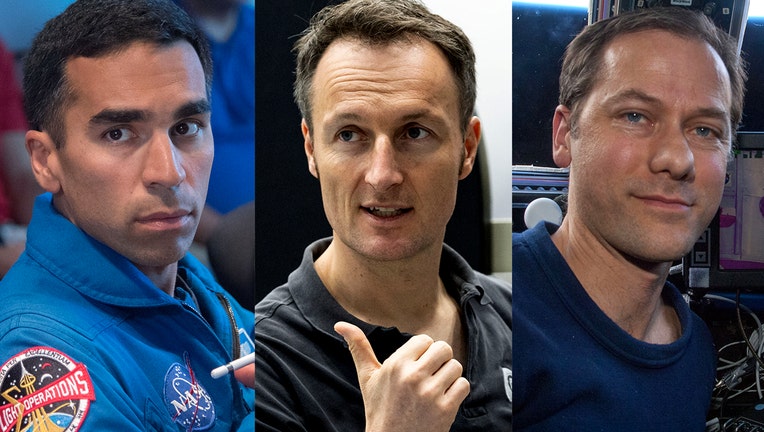 CAPE CANAVERAL, Fla. - NASA has announced the astronauts going on the Crew-3 SpaceX mission to the International Space Station (ISS).

The space agency said that two NASA astronauts and one astronaut from the European Space Agency (ESA) will embark on the mission in the fall of 2021. They will spend six months on the ISS.

NASA astronauts Raja Chari and Tom Marshburn will reportedly serve as commander and pilot while ESA astronaut Matthias Maurer will serve as the mission specialist. A fourth crew member will be announced at a later date.

MORE NEWS: NASA names 18 astronauts who will train to go the moon

They said that this will be the first spaceflight for Chari, who became a NASA astronaut in 2017. He is from Milwaukee but considers Cedar Falls, Iowa, his hometown. He previously served as a colonel in the U.S. Air Force and has extensive experience as a test pilot. In fact, he has accumulated over 2,500 hours of flight in his career. HE is also a member of the Artemis team that is training to go to the moon.

Marshburn has been to space two times prior, NASA said. He is from Statesville, North Carolina, and became a NASA astronaut in 2004. Prior to that, he was a medical doctor and then served as the medical operations lead for the International Space Station at NASA's Johnson Space Center in Houston. His previous two space trips were as a crew member of STS-127 in 2009 and Expedition 34/35, which concluded in 2013.

Maurer is said to be from Sankt Wendel, in the German state of Saarland. This will also be his first trip into space. Prior to becoming an astronaut, he held a number of engineering and research roles. In 2016, he spent 16 days on an undersea mission that was part of NASA’s Extreme Environment Mission Operations space analog.

This mission will reportedly be the third crew rotation mission of SpaceX’s human space transportation system and its fourth flight with astronauts. NASA's contract with SpaceX includes six total crew missions to the ISS.