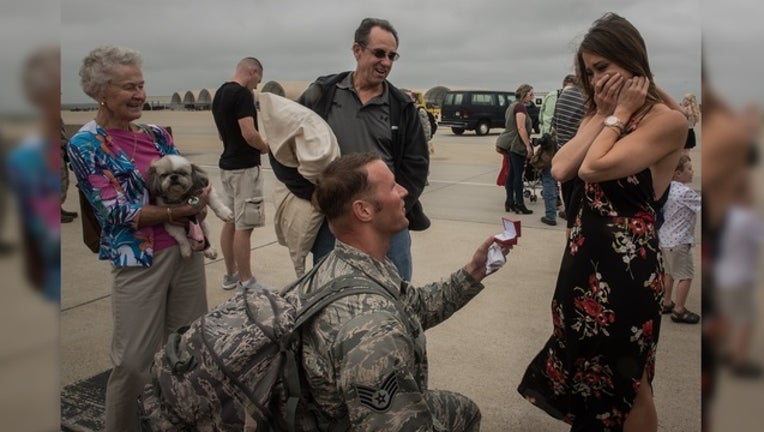 VIRGINIA (WTXF) - When Virginia Air National Guard Staff Sgt. Jeff Greenquist returned from a six-month deployment from the Middle East, he wasted no time fulfilling his first order of duty: asking his girlfriend to marry him.

Sgt. Greenquist had previously been deployed alongside airmen representing the 1st Fighter Wing in Operation Inherent Resolve against ISIS.

Once at the Joint Base Langley-Eustis in Virginia, Sgt. Greenquist popped the question to girlfriend Ashley Branham.

Luckily for Sgt. Greenquist and his fiancé, Staff Sgt. Carlin Leslie captured a photo of the heartwarming moment.