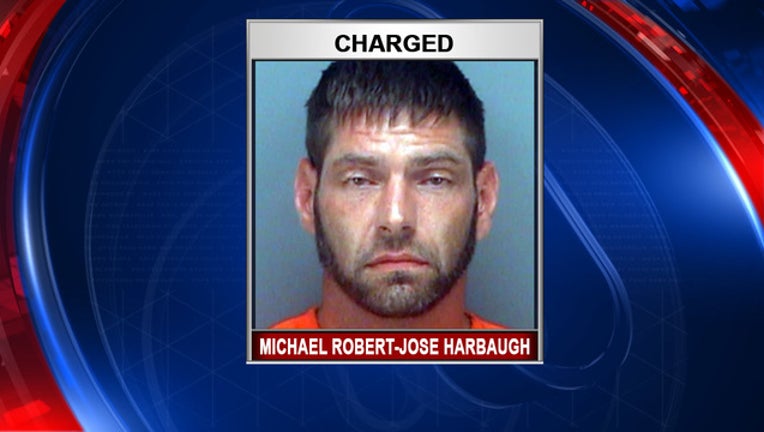 SAFETY HARBOR (FOX 13) - Deputies say they’ve charged the neighbor of a man who was found dead in his own home this summer.

It was back on June 19 when a Meals on Wheels worker found the body of David Sommer inside the house along Harbor Oaks Circle in Safety Harbor. The 61-year-old had died as a result of “unnatural causes,” investigators said at the time.

Now, they believe he was murdered.

According to the sheriff’s office, Michael Robert-Jose Harbaugh told neighbors that Sommer owed him money for that day’s yard work. Harbaugh, who lived a few homes away, went to Sommer's house to collect the money.

Inside, though, detectives say the 40-year-old robbed Sommer and killed him in the process. They say Harbaugh was captured on surveillance video entering and exiting the home – the only person seen going in or out.

Later, detectives say, Harbaugh made inconsistent statements.  He’s been in custody since June for an unrelated violation of probation charge, but now he faces a first-degree murder charge.