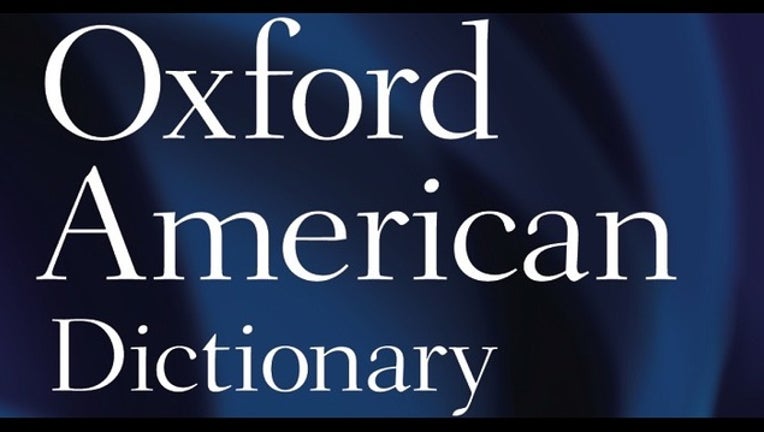 CHICAGO (FOX 32 News) - Some new words have been added to the Oxford Dictionary, and some of them are common in pop culture.

3. Manspreading: “the practice whereby a man, especially one travelling on public transport, adopts a sitting position with his legs wide apart, in such a way as to encroach on an adjacent seat or seats.”

5. Hangry: “Bad-tempered or irritable as a result of hunger.”

6. Mic drop: An instance of deliberately dropping or tossing aside one's microphone at the end of a performance or speech one considers to have been particularly impressive.

7. Bants: when Banter is too long to write

8. Cat café: “establishment where people pay to interact with cats housed on the premises.”

9. Onboarding: “action or process of integrating a new employee into an organization or familiarizing a new customer or client with one’s products or services.”

10. Kayfabe: “The fact or convention of presenting staged performances as genuine or authentic.” It’s largely used in pro wrestling circles, natch, but the dictionary says its origin is unknown, except possibly as a reversal of the phrase, “be fake.”

11. Rando: “A person one does not know, especially one regarded as odd, suspicious, or engaging in socially inappropriate behaviour.”

14. Rage-quit: Angrily abandon an activity or pursuit that has become frustrating, especially the playing of a video game.

15. Butt-dial: Inadvertently call (someone) on a mobile phone in one's rear trouser pocket, as a result of pressure being accidentally applied to a button or buttons on the phone.

16. Grexit: A term for the potential withdrawal of Greece from the eurozone (the economic region formed by those countries in the European Union that use the euro as their national currency.

17. Rando: A person one does not know, especially one regarded as odd, suspicious, or engaging insocially inappropriate behaviour.