BARTOW, Fla. - The City of Bartow is making a name for itself in the health and technology world. A new company that manufactures medical equipment will be breaking ground there next month.

Assure Infusions, the medical manufacturing company, will be using robots to produce 2,000 sterile IV bags an hour. The company will also use them for other jobs.

"The robots will actually physically move bags from one production line to another," Alex Lucio, the company’s CEO, told FOX 13. "Robots will move from manufacturing to sterilization to packaging.  Robots will even load the pallets with products." 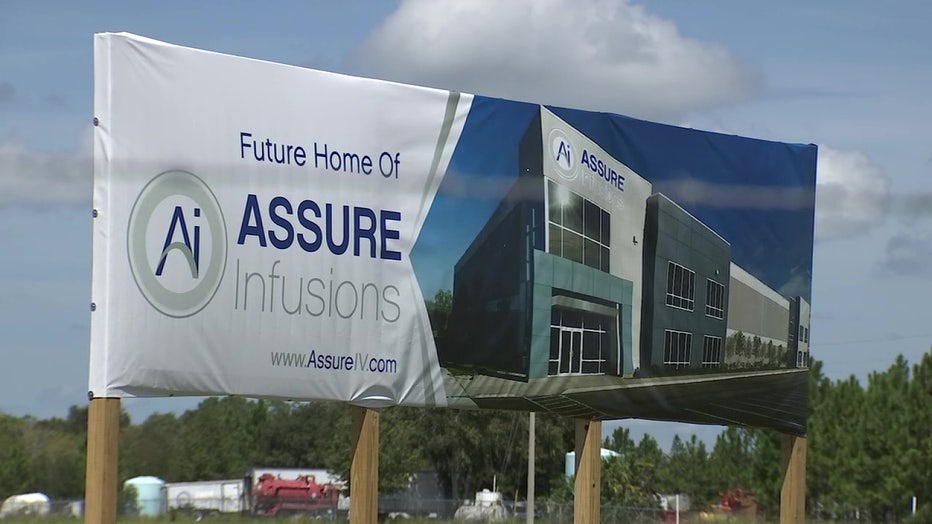 "We are super excited not only for Bartow, but for surrounding cities," said Denise Bohde, of the Bartow Economic Development Council.

Lucio said right now in the US there are just enough IV bags to fill the country’s need under normal circumstances. But if there is a pandemic or a spike in hospitalization, there is a shortage.

Assure, which will be built just outside downtown, hopes to close that gap. Lucio is so confident the new business will do well, he is already planning the next step.

"Phase two will be a second building behind the first one that will double the capacity," he said.

The first building is expected to be up and running by sometime next year.