Standard for sugar in OJ could soon change

BARTOW, Fla. - That zesty scent. That sweet, succulent sip. Orange juice is Florida in a glass. But Florida's citrus industry has taken hit after hit, from crop disease to pests to severe weather. It's impacting the amount of sugar found naturally in Florida oranges which, in turn, impacts how much of our juice can actually be bottled, labeled, and sold in stores.

New legislation aims to amend a 60-year-old standard, bringing some relief to the industry.

"There's long since been a romance with the Florida orange," said Glenn Beck, President of Beck Brothers Citrus.

But these days, the amount of Florida juice being bottled and sold across the U.S. is dwindling, instead, being blended with sweeter juices from Brazil or Mexico.

"We are, I would say, at a crossroads," said Matt Joyner, Executive Director/Executive Vice President of Florida Citrus Mutual. 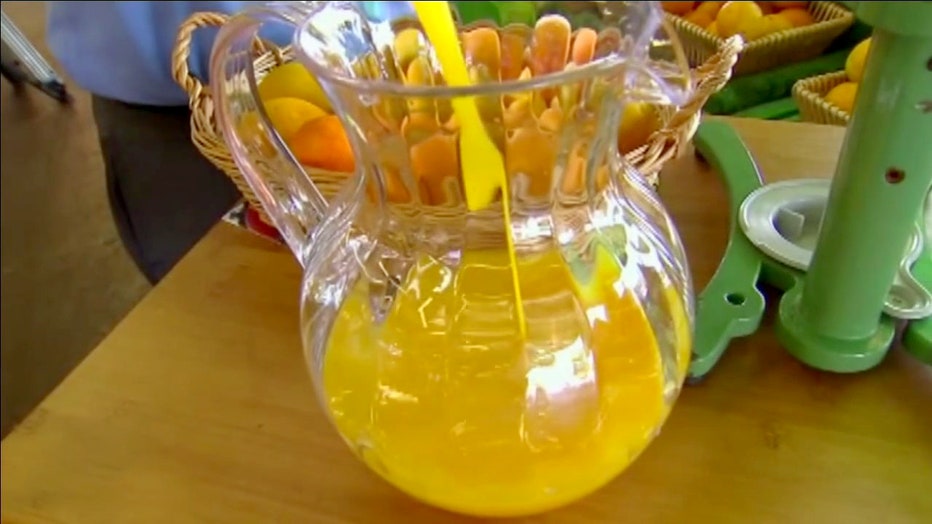 Any not-from-concentrate pasteurized orange juice must meet a minimum Brix level before it can be labeled as OJ. Brix measures how much naturally occurring sugar is in juice. The FDA's required level has stood at 10.5 degrees since 1963. Unfortunately, Florida's oranges are falling below the mark for a crop of reasons.

"This industry has been battling citrus greening for over a decade and a half now, and we've continued to see production go down," Joyner said.

To squeeze more Florida citrus into the market, U.S. Senators Marco Rubio and Rick Scott are proposing to lower the Brix standard to 10.0 with the Defending Domestic Orange Juice Production Act.

"Forcing the orange juice industry to import and mix juice from foreign oranges to meet an arbitrary FDA standard would mean the end of Florida orange juice," Rubio said. "This common sense bill will provide relief to Florida citrus growers and processors who have faced challenges in recent years due to disease and hurricanes and allow them to continue marketing Florida orange juice."

A bipartisan group of U.S. Representatives just introduced a companion bill in the House.

"Even if we were to get the reduction to 10 degrees, there will still be some product that won't make it in, but a large part of it will," Beck said.

What about flavor? Florida Citrus Mutual ran a taste test, with the help of the University of Florida, and found consumers could not detect a difference between 10.5 and 10.0 degrees.

You're actually getting a little less sugar, a little less calories," Joyner said. "And in this time when people really tend to be watching those things, Mother Nature, ironically, is giving maybe a little bit of a healthier product that consumers want."

Without big changes, the lower Brix oranges are turned into concentrate, growers and processors take a financial hit, and in the end, consumers pay more.

"This is what Mother Nature is yielding and we can't manipulate that," Beck said. "We can't second guess Mother Nature. So, we just have to do the best that we can."

Florida's citrus industry is approaching the end of its growing season with its lowest production since 1940. Combine that with inflated costs of fertilizer and fuel and orange growers are fighting for every last drop. Beck and Joyner say it'll take more than just this legislation to turn the tides, but it'll be a solid start.