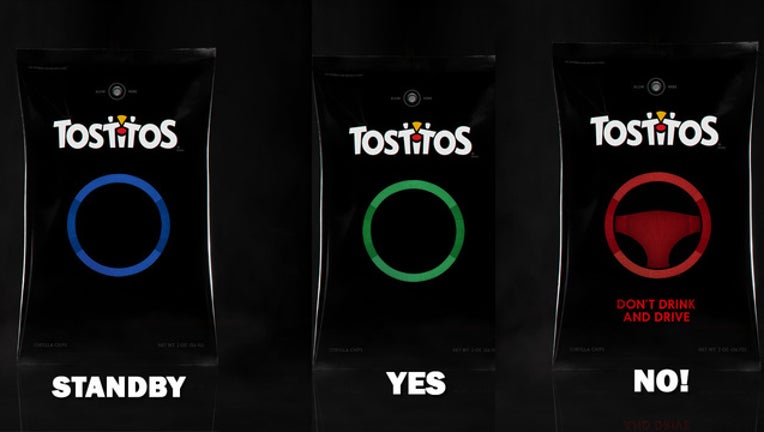 Chips are a major ingredient for parties and so is alcohol, so Tostitos hopes a new tool on its packaging will help prevent alcohol-related traffic crashes on Super Bowl Sunday.

The company is pairing up with Mothers Against Drunk Driving (MADD) to create a "Party Safe" bag, which includes an alcohol sensor on the outside of its packaging.

The bag's alcohol sensor is green if no alcohol is detected, and red if there is, and it revels a code for an Uber ride, along with the message "Don't Drink and Drive."

“Our goal is to remove 25,000 cars from the roads that Sunday evening,” said Jennifer Saenz, Frito-Lay chief marketing officer. “Whether watching the big game at a friend’s house or at a local bar, a safe ride home is just a few, easy taps away. By simply entering a participating Tostitos UPC code in the Uber app, fans nationwide can receive $10 off an Uber ride.”

The Pasco Sheriff's Office tweeted out a warning Friday morning saying that if you are blowing into a Tostitos bag, you probably already know driving is a bad idea.

They also offered a "free breathalyzer" for anyone who shows them their Tostitos bag.

By the way, the limited edition bags of chips are available at retailers nationwide. The Uber ride is good for Super Bowl Sunday, February 5, but will be limited to the first 25,000 users.