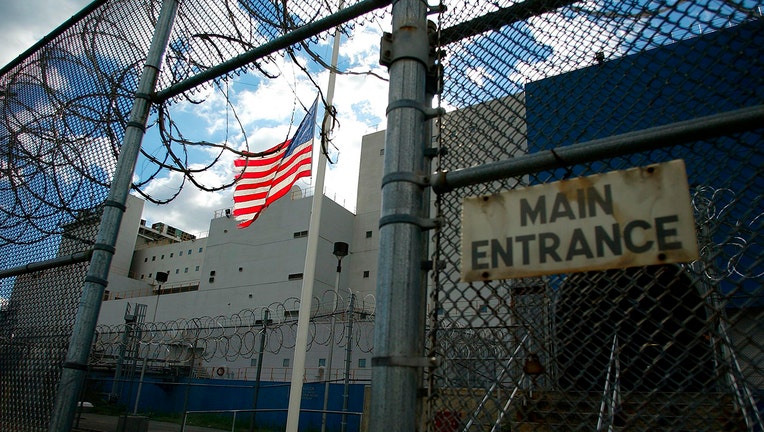 Entrance to the Vernon C. Bain Correctional Center at Rikers Island, in the Bronx. This is the only prison barge in the US, and is anchored in the South Bronx near Rikers Island. The Barge handles inmates from medium- to maximum-security in 16 dormit

NEW YORK - New York City will be gifting accused criminals tickets to a museum and baseball games, and up to $25 gift cards to restaurants and stores, like Target, in a bid to keep them from skipping their court dates, the New York Post reported.

The Big Apple’s $12 million supervised-release plan will take effect on Jan. 1, 2020, with the city’s new bail reform program, which was reportedly a contributing factor for the New York City Police commissioner's recently announced decision to step down.

The array of gifts, which will be offered to alleged criminals to convince them to show up to court, include cellphones, New York Mets tickets and passes to the Intrepid Sea, Air & Space Museum in Manhattan, as well as gift cards to restaurants and stores, including Target, Applebee’s, McDonald’s and Dunkin’ Donuts, according to the report.

New York City’s existing supervised release program also includes incentives, explained Avery Cohen, a spokesperson for Democratic Mayor Bill de Blasio’s office, in a statement to the Post. The city “has seen more than 15,000 people enter the program since its start in 2016.”

“It will continue to use what are nationally recognized as highly effective ways to make sure folks return to court and not have the wasteful, time-consuming, costly warranting process that would otherwise be initiated should someone not return to court.”

A mayoral spokesperson previously told the Post the baseball tickets were donated.

De Blasio said at an unrelated press conference Wednesday the incentive program “has been worked on by experts over time and proven to work, proven to be a good investment.”

“I think people should ask a real basic question: ‘What’s going to get trials to happen on a regular basis, speedily?" de Blasio said. "What’s going to help us mete out justice the way it’s supposed to be done?"