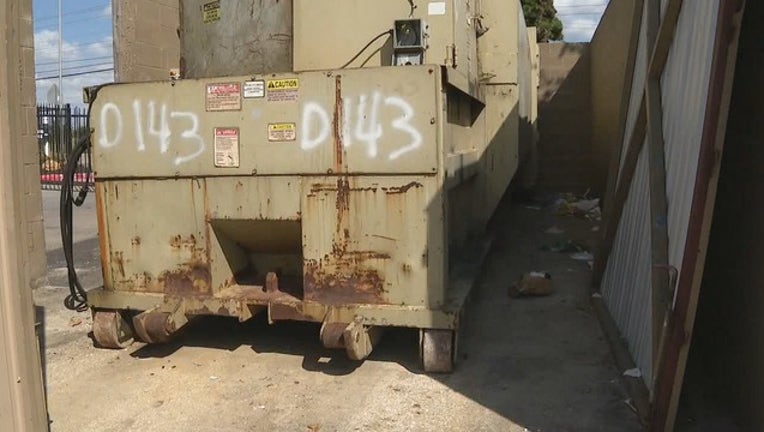 ARLINGTON, Texas (FOX 4) - Police in Texas are investigating to find out who left a newborn in a container near a dumpster Saturday morning.

The baby boy was found just before 8:15 a.m., next to a dumpster at the Monterra Pointe Apartments in Arlington. Police say he was found when a woman heard crying near the dumpster when she went to take out the trash.

“Basically, the child was just kind of discarded there,” said Arlington Police Department Lt. Christopher Cook. "When she opened the container, the child appeared to be in distress. So that’s what prompted her call to 911."

Police say paramedics used CPR to revive the baby and took him to a hospital, where he is now being cared for. He is in stable condition at Medical City Arlington, where he is expected to survive.

According to police, the African American baby is believed to have been born just hours before he was found, and is not older than a day or two old.

Police are working to find out who put the baby in the dumpster, and are hoping a family member will come forward. They’re looking to talk to any witnesses, along with checking surveillance cameras from a nearby school to see if they can track the person down, and see if the mother is okay.

The person who left the child near the dumpster could also face a felony charge.

"We want the mother to come forward, at least provide information so we can kind of get her information to the hospital," Lt. Cook said.

Safe-haven laws in Texas allow anyone to legally hand their baby over to an employee at a hospital, emergency medical services, or fire station without any penalties.

Police say these laws exist to avoid situations like this.

“Number one, the container was closed, and it’s hot outside,” Lt. Cook added. “There’s no telling if she wasn’t taking trash out at that moment in time this morning, we could be talking about a totally different scenario right now.”

Anyone with information is asked to call 911. Callers can also contact Crime Stoppers at 817-469-TIPS.