TAMPA, Fla. - At the old University Mall on Fowler Avenue in Tampa, there’s now a massive collection of controls, computers, and LEDs.

It’s called XR -- or extended reality -- and it's a new kind of TV and film studio that boggles the mind.

"You’ve probably heard of VR and AR; XR is a technology that blends realistic objects and digital objects in a way that you can’t tell which is which," explained Tim Moore, of Diamond View Studios.

The Tampa production company just assembled the huge volume LED device, which includes a 100-foot-long screen on the studio floor and a series of LED panels on the ceiling, creating a virtual background for films and commercials.

Now, filmmakers don’t have to travel to locations around the world. The locations come here, virtually. 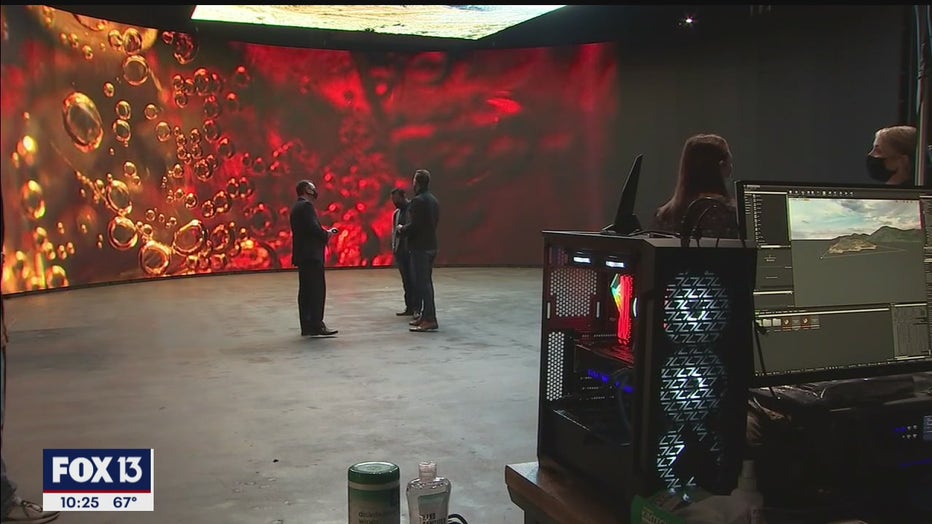 "This technology got accelerated because of [the pandemic] because it allows you more control, less people, and more opportunity," said Moore.

He believes it could help make Tampa a new destination for film and TV productions.

Diamond View has already created several projects using the studio which is still being assembled. They hope to have it fully operational in January.

It’s part of Rithm Uptown, a project to turn the former mall into a technology hub.