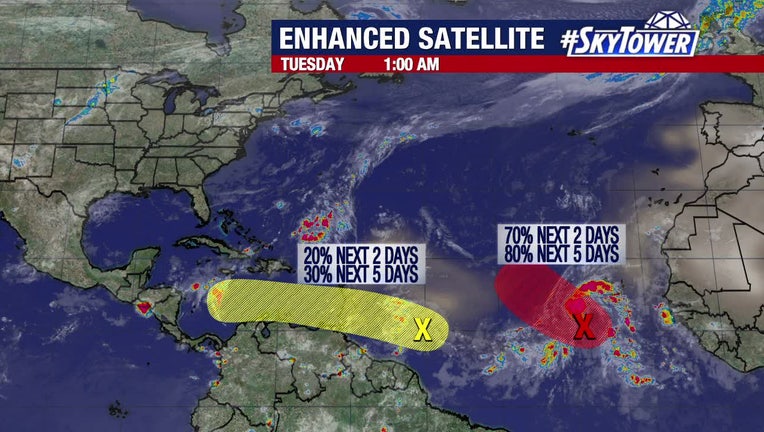 TAMPA, Fla. - While Floridians are still reeling from the devastation that Hurricane Ian brought, two tropical disturbances in the Atlantic are brewing, but forecasters are reassuring that neither has the same forecast as the major storm and will likely avoid the Sunshine State.

"I wouldn't be concerned about either one of them at this point," said FOX 13's meteorologist Dave Osterberg.

One of the two is located just off the coast of Africa and will likely become a depression or storm by the weekend, but it is expected to stray northwest in the Atlantic Ocean. The other is east of the Windward Islands.

"This one, if it develops – and that’s still an if – is going to head basically into Central America sometime in the middle of next week, give or take a couple of days," Osterberg explained Tuesday morning. 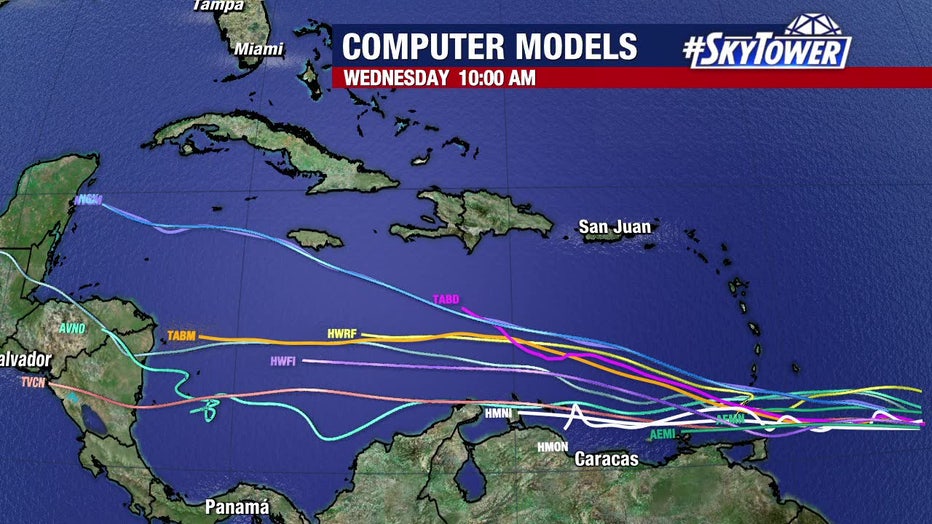 Computer models show it continuing to travel west due to a ridge of high pressure over the southeast.