Carey said he will meet with the family of 60-year old William Dale McIntire Monday and recommend they request an investigation by an entity outside of Hillsborough county's law enforcement community.

"At the very minimum we'd want a different state attorney to investigate, or even a different legal entity such as the FDLE" Carey said. "It's basically just conflicts 101.  It's their guy, and it's their investigation, and that just doesn't wash very well."

According to the report released Friday, McIntire was extremely inebriated the night of June 28th and passed out on 40th Street just south of East Crawford Street in Tampa.

Officer Jeremy Dabush, a member of Tampa's R.O.C [Rapid Offender Control] squad was racing toward an active crime scene when he ran over McIntire's head.

The report concludes Dabush did not realize he had hit anything, and even after Tampa police detectives investigating the fatality determined an unmarked police SUV may have been involved, there was not damage to Dabush's vehicle.  His involvement was only confirmed after the SUV was put on a lift and human tissue was found on the undercarriage.

The report also concludes reckless driving charges cannot be pressed because there is no way to determine whether Dabush was going excessively fast at the time.  His vehicle, and a K-9 unit immediately behind him, were seen going past a security camera, but the state attorney's investigation claims their speed cannot be calculated.

Officer Dabush has been on administrative duty since his involvement in the hit and run became apparent.  He still faces an internal affairs investigation.

"The question has been answered by the state attorney's office about whether there was anything that was criminal" TPD spokesman Steve Hegarty explained. "Now we look at it to see if there's anything that was a violation of policies, that sort of thing."

A statement from Dabush's attorney says "We are very pleased with the exhaustive investigation and report..." and refers to the officer as "...an outstanding police officer with the Tampa Police Department who will continue to serve that department and this community well." 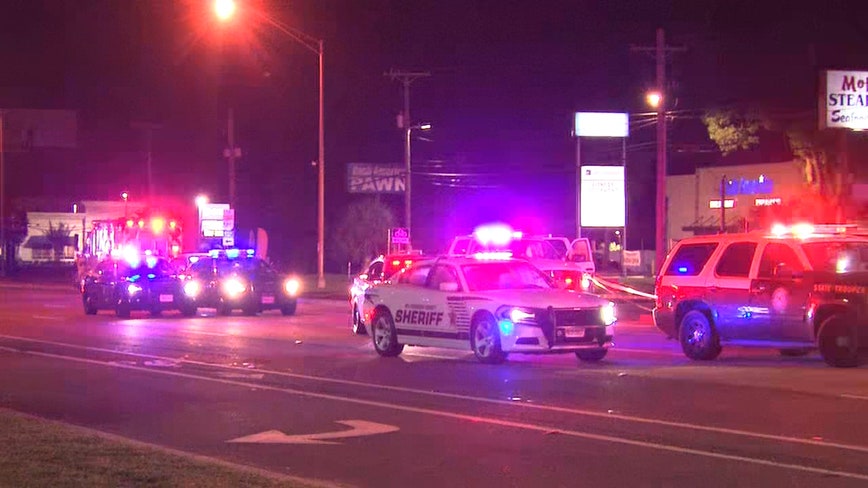