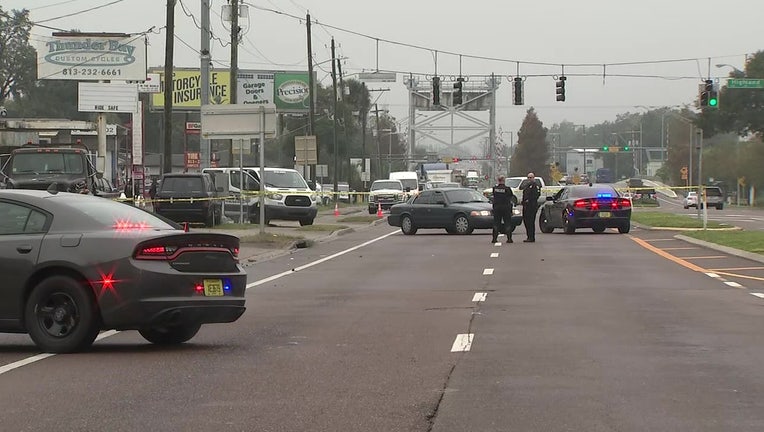 TAMPA, Fla. - Police say a pedestrian trying to cross Hillsborough Avenue was hit and killed by a car this morning.

It was just after 5 a.m. when the 54-year-old man, whose name has not been released, walked into Hillsborough Avenue just east of Highland Avenue. The driver of a Mazda CX5 later told police he did not see the pedestrian and struck him.

The driver stopped at the scene and cooperated with investigators. No charges are expected, police say, though the investigation continues.