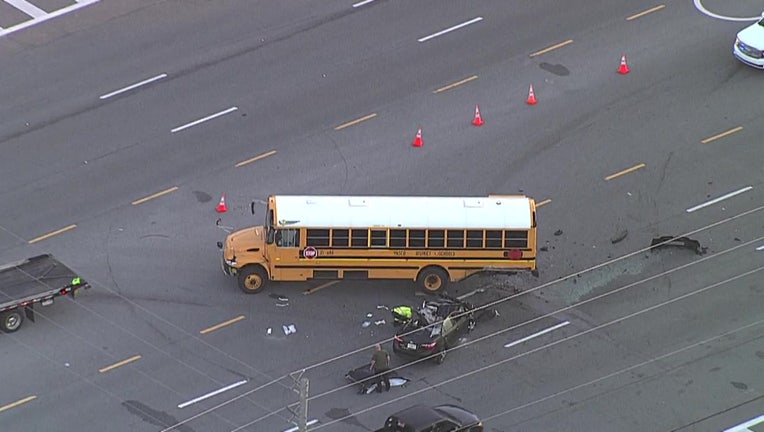 SAN ANTONIO, Fla. - A New Port Richey woman was seriously injured after a Pasco County school bus failed to yield at an intersection and entered the path of her vehicle, troopers said.

The woman's vehicle and the school bus – which had no children on board – collided at the intersection of State Road 52 and Old Tampa Bay Drive. The view from SkyFOX on Tuesday morning showed a black car with serious front-end damage.

Troopers said the driver of the school bus, a 50-year-old woman, was traveling north on Old Tampa Bay Drive while the New Port Richey woman was heading east on SR-52. When the collision occurred, the car was wedged under the bus, entrapping the 59-year-old woman inside.

She was taken to a hospital with serious injuries. The school bus driver was uninjured.