The Altius 600, built by a Georgia-based aerospace company, weighs just 25 pounds. Yet, scientists say it’s designed to fly into some of the planet’s most destructive weather.

NOAA says the new uncrewed technology could improve hurricane forecasts by collecting data just above the ocean, where it’s deemed too unsafe for piloted Hurricane Hunter aircraft to fly.

Better forecasts mean emergency managers can make more informed decisions should a storm threaten, such as which areas need to evacuate. 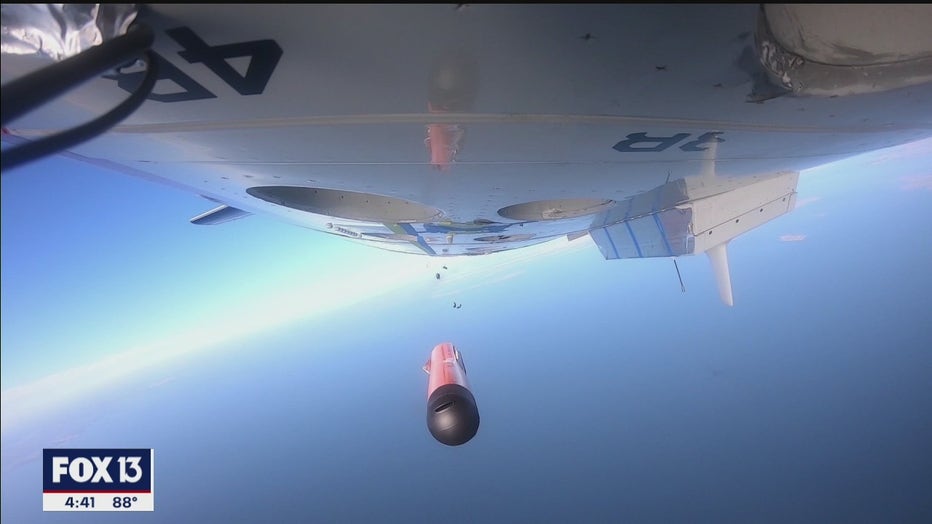 Like dropsondes, which Hurricane Hunters currently deploy into storms to measure things such as pressure and wind speeds, the Altius 600 drone won’t be recoverable.

NOAA plans to test the drones for the first time in tropical systems this hurricane season.

The NOAA Hurricane Hunters collect critical information used to forecast the path and strength of developing storms. Multiple crews worked around the clock flying directly into the path of hurricane Laura before it made landfall.