TAMPA, Fla. - As Hurricane Irene made landfall Saturday morning near Morehead City, North Carolina, there shouldn't have been many people left on the barrier islands to greet her. But that doesn't mean the storm came ashore alone.

An airborne team of NOAA 'hurricane hunters' was there, in the middle of an eight-hour round-trip flight to track the hurricane and get an inside look at how the meteorological monsters work.

With all four engines churning, the P-3 punched through Irene's eye at 8,000 feet just moments after the eyewall approached land.

As Ocracoke Island flashed below through the gray clouds out the window, meteorologist Eric Uhlhorn noticed that the aircraft's sensor's didn't detect much difference between the water and the land. "Well, it's probably under water from the surge," a member of the flight crew mused over the intercom.

That was as close as the aircraft would get to the Carolina coast, at least with Irene nearby. The crew was careful not to stray over land -- that's where sudden tornadoes are more likely to form.

And while the hurricane hunters have become notorious for their seemingly daredevil flights, the missions are about science, not style. The team of meteorologists spent the flight hunkered down over their workstations -- monitoring the radar, launching air probes, and studying data.

One of the top scientists from the National Hurricane Center in Miami was aboard Saturday's flight. Dr. Frank Marks, the center's director of hurricane research, was even tweeting live updates from the plane in something of a trial run.

"I got adventurous. I started with, 'Here we are, going up the coast...then I started sending pictures. I had a lot of fun," he said with a laugh.

Marks got serious when he explained that very strong southwesterly shear was weakening the storm as it moved ashore, which is what he expected.

"We found the models have been doing damn good," he proudly added.

It should not be surprising, then, that Irene didn't give the crew a very rough ride -- or a particularly scenic view. They described the storm using the most technical of scientific terms: "sloppy." The eye was obscured by clouds, as it had been for days, meaning most of the flight was through a soup of gray.

But the dreary skies gave way to sunshine as the P-3 headed back to its home port, MacDill Air Force Base. And when the wheels ground to a halt and the propellers shuddered to a stop outside the Aircraft Operations Center hangar, it marked the end of a long week for the crew.

"I've only been catching one- or two-hour power naps between shifts at this point," said meteorologist, flight director, and crew coordinator Paul Flaherty, who was not on Saturday's flight but made several trips earlier in the week. "This is what we do, the big reason why were here; it's certainly not a complaint."

Irene's landfall during this flight means that it will likely be the last mission for this storm. The team can stand down, at least for the moment.

"The crew will head back, catch up on their rest, and try to re-acquaint themselves with their family in some cases, because a lot of times, we just go from flying to sleep to flying," Flaherty added.

"Hopefully the tropics stay quiet for a few weeks and at least a little bit of a break." 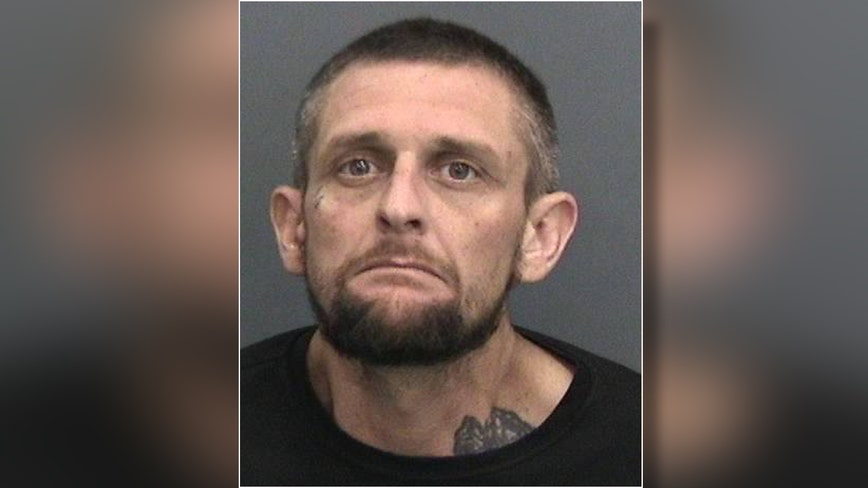