Santa Claus opens letters from all over the world, including the ones from penguins living at the London Zoo. (Credit: ZSL London Zoo via Storyful)

Kevin Almestica recalls unwrapping a Christmas present at age 5 to find his favorite G.I. Joe action figure with a card from his mom who was serving time at New York City’s Rikers Island jail complex.

"That brought me great joy thinking that she was thinking of me," said the 27-year-old Florida-based photographer.

Almestica’s gift was sent by the Angel Tree program of Prison Fellowship, a nonprofit that partners with churches and volunteers to host toy drives and deliver gifts to children on behalf of their incarcerated parents. It’s part of an effort by some faith groups and congregations to bring Christmas cheer -- and connection -- to prisoners and their kids.

Angel Tree, Almestica said, helped strengthen a bond with his mother, who died when he was young.

"When I got that gift, it kind of restored that hope that my mom still loved me," he said. 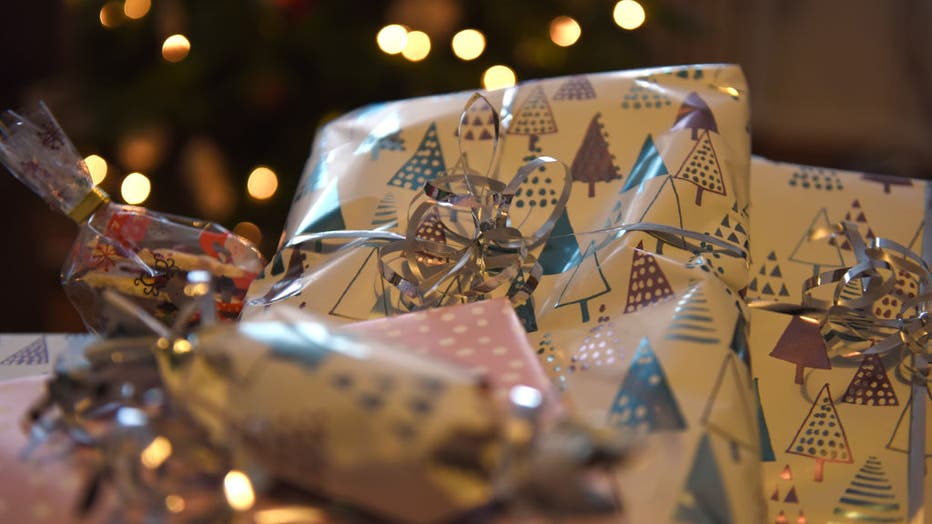 His mom didn’t want him to grow up in the foster care system and asked a woman who was volunteering with Prison Fellowship to raise him, Almestica said.

Today, Almestica sponsors kids in the program so they can also get presents.

Angel Tree was founded in the 1980s by Mary Kay Beard, a bank robber who, while imprisoned in Alabama, noticed how inmates would sometimes give their kids toothpaste, soaps or socks for Christmas.

"She realized that if she could find some volunteers on the outside who would purchase and deliver Christmas gifts to her children and the children of her colleagues in prison, that she could create a very wonderful experience," said James Ackerman, president and CEO of Prison Fellowship, which expanded the program nationwide.

The program works with prison chaplains to reach inmates interested in sending gifts to their children. After collecting information on their preferred toys, they send this wish list to thousands of churches that collect donated gifts. Some churches organize Christmas parties where volunteers deliver gifts to children with personalized notes from their incarcerated parents.

"We read these notes and they’re like, ‘Merry Christmas, sweetie, I love you so much. I miss you. I know I’ll see you soon. And don’t forget to brush your teeth every night,’" Ackerman said.

Kids also get children’s Bibles and can sign up for Christian summer camps. 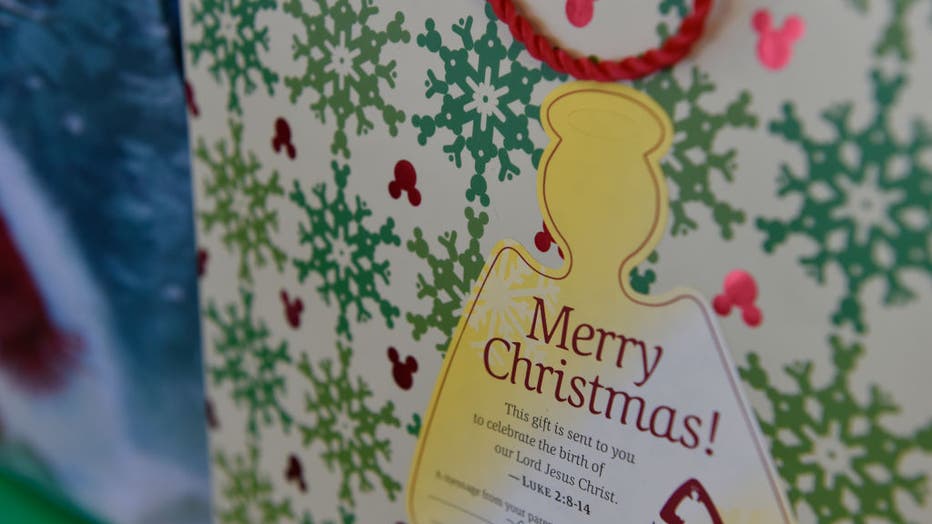 The program can be crucial for parents, said Johnna Hose, who has volunteered for Angel Tree since her release from prison in 2010.

"While I was incarcerated, it was a great feeling knowing that my kids...knew that they weren’t alone, knowing that there is this inspiration and learning about God," said Hose, who works for a drug addiction treatment center in California.

Her children received presents through her local church and attended summer camp.

"Any kid wants to know that their parent is thinking about them at Christmas time," she said.

Jessica Lopez-Hermantin recalls wondering whether she would ever speak to her father again after he went to prison. Angel Tree gifts were "an affirmation of my dad’s love, my dad’s constant thinking of me," she said.

But the 33-year-old says the presents should be part of a larger effort by incarcerated parents to have a relationship with their children. In her case, her dad — who now works for Prison Fellowship — would tell her Bible stories during prison visits; talk to her about school, boys, sports and music; take interest in the books she was reading; and remember some classmates’ names.

"Little things like that...make the difference," she said. "The Angel Tree gift is just the icing on the cake."

The Salvation Army also has a program that sends Christmas gifts to children on behalf of their incarcerated parents in Minnesota and North Dakota. The initiative -- separate from the Christian organization’s own Angel Tree program for low-income families -- resumed this year after being canceled last year due to the pandemic, though it’s limited to North Dakota for now because of coronavirus restrictions.

"For the inmate, Prison Toy Lift provides a dignified way for the parent to be part of their child’s life at a very important time of the year," said Brian Molohon, executive director of development for The Salvation Army Northern Division. "It is a tangible expression of love from the incarcerated parent and truly brings joy to the kiddos who might otherwise have only a painful memory of their parent’s absence."

The prison ministry at the Eastern Pennsylvania Conference of the United Methodist Church delivered Christmas cards that were signed by members of different congregations and sent for inmates. The cards included messages of encouragement.

"Christmas is a tough time of the year for a lot of people," said the Rev. Marilyn Schneider, the ministry’s coordinator. "But if you’re locked up and you don’t get to be with your family and friends or anyone from your life on the outside, and then someone reaches out and says, ‘Hey, we’re thinking about you. We’re praying for you. We care about you. God loves you’ — it really, I think, has an impact."

Schneider caught a glimpse of the project's impact in a letter sent by a woman who once received one of the cards.

"I can’t explain what that personalized card meant to everyone; you could just feel the mood lifting up," Schneider quoted the letter as saying. "Someone who doesn’t even know me thought of me."

Another time, a former inmate encountered one of the ministry’s team members and let him know that he was carrying around, in his pocket, the Christmas card he had received, Schneider said, adding many prisoners might not get other mail.

"We believe Jesus really had a passion for caring for those on the fringes of society," Schneider said. She hopes the effort inspires those writing the cards to continue thinking about prisoners and seeking ways to become involved.

Urena, the director of chaplaincy and religious services at the Philadelphia Department of Prisons, asked Schneider for blank Christmas cards to distribute to inmates so they can send them to their loved ones.

"The real punishment is not being able to share these special moments with your family," he said.

Urena knows what that feels like -- he said he spent more than two years in prison, where he reconnected with his faith.

"Faith to me and to many behind the walls is almost, like, an early probation," he said. "We’ve heard of who God is, but we don’t know who God is until we have ourselves in our predicament."

"I always remember the faces of the kids," he said. "It’s so heart touching."