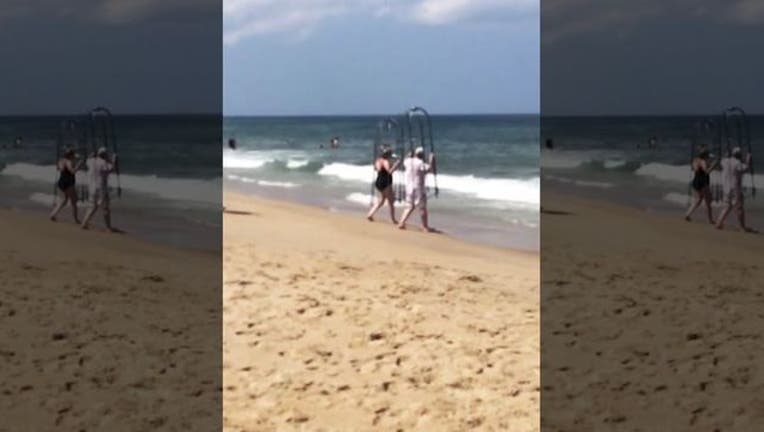 Desperate times call for desperate measures, right? Amid the uptick in headline-making shark attacks, one couple in North Carolina tried to protect themselves against a possible attack by crafting a bizarre-looking contraption to ward off any relatives of Jaws.

While enjoying a sunny day at the Outer Banks, Jordan Cutrell captured a video of Sandi and Scott Bergman entering the ocean with what appeared to homemade shark cages.

“These people are going swimming in their shark proof cages,” a voice narrates at the top of the video. “They don’t wanna get bit.”

The Bergmans made it waist-deep into the water before a lifeguard comes running to the shore, blowing his whistle. Despite the local stir they caused, the beachgoers say their cages, which they constructed from plastic and PVC piping, were just meant as a light-hearted joke.