NORTH PORT, Fla. - Flooding remains an issue for parts of Florida, including in North Port where thousands remain without power, water, and even cell phone service. That water is not receding fast enough, in fact, levels will continue to rise over the coming days.

"There is a strong potential for the water levels throughout the City to continue rising over the days ahead as the rainwater Hurricane Ian dumped to the north of us flows south," according to city officials. 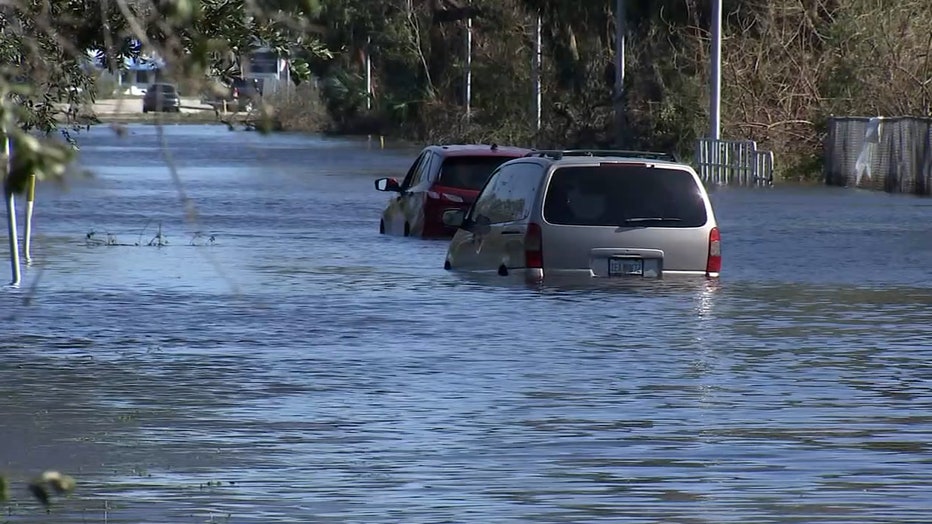 Residents here didn't escape the effects of Hurricane Ian, and the nightmare is nowhere close to over. People in North Port were getting to and from their homes by boat on Thursday. Those residents have water either inside their homes or around them. Over 165,000 are without power in Sarasota County.

It's not just the water levels causing issues, the strong winds from Hurricane Ian also did extensive damage to the county, especially in mobile home communities. At Holiday Park, a manufactured home neighborhood in North Port with over 800 homes, the majority were completely destroyed.

Rivers across Central Florida are still experiencing rising water levels. Some won't reach below food stage until next Tuesday.

Even accessing the neighborhood itself on Friday morning is impossible. The roadway leading up to its entrance is covered with water with abandoned, flooded-out cars along the path.

"Major to record river flooding will continue across central Florida through next week," according to the National Hurricane Center. 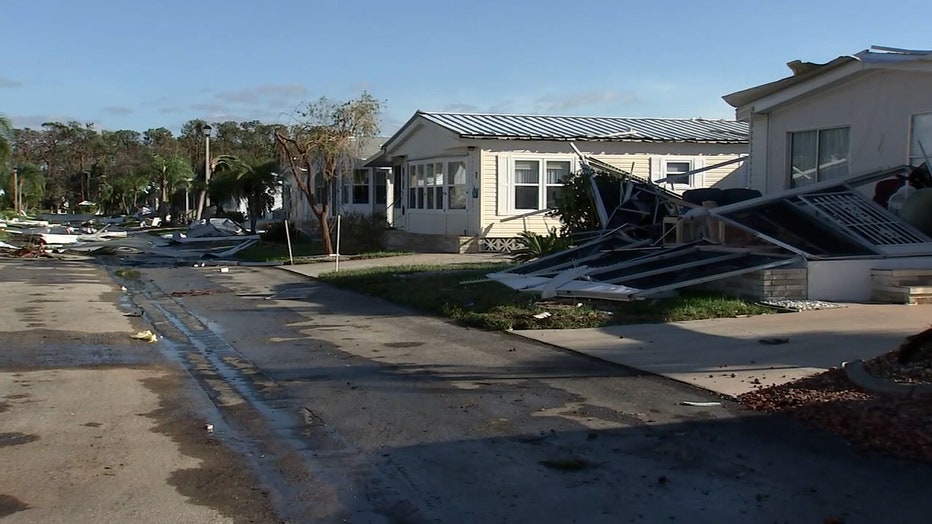 The American Red Cross opened a shelter at Woodland Middle School in North Port. They're also asking those who still need help to dial 911 for emergencies. The city's non-emergency line is at 941-316-1199 for those who want to check on their loved ones.