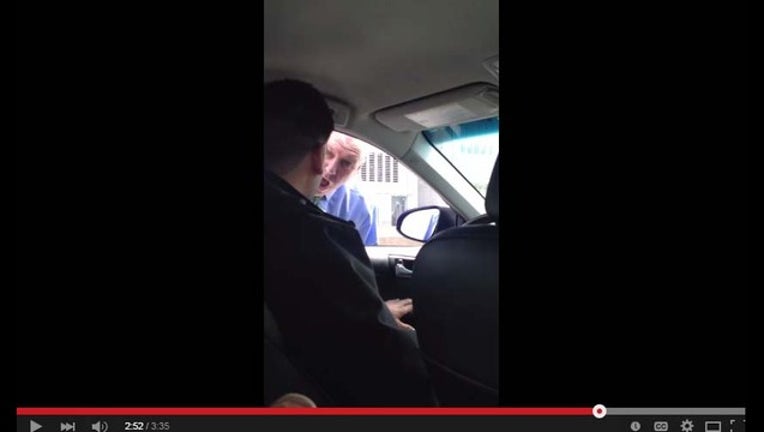 An NYPD officer is under investigation after he was caught on video berating an Uber driver.

According to the description posted on YouTube, the incident happened yesterday around 2 p.m.

The passenger recorded the incident from the backseat after the officer pulled the car over.

At one point, you can hear the man, who apparently is a plainclothes officer, asking the driver how long he had been in the country.

According to the video, the officer was in an unmarked car when he pulled the driver over.

"I don't know what ******* planet you think you're on right now," the officer yells at one point in the three-minute clip.

The NYPD has confirmed that the plainclothes cop in the video is in fact a New York City detective.

Now, internal affairs and the civilian complaint review board are investigating, MyFoxNY.com reports.

Several times, the officer can be heard in the video mocking the Uber driver's accent and broken English. The driver filed a complaint with the NYPD about the tirade.

Uber issued this statement saying "The behavior in the video is wrong and unacceptable and we appreciate the NYPD investigating the incident."

If the investigations determine that the detective was in the wrong he could face administrative prosecution. It will be up to the police commissioner to decide his punishment.