Four people were injured after shots rang out at Oakbrook Center.

Police said an unconfirmed number of shots were fired near the Nordstrom store on the second floor around 5:44 p.m.

An Oakbrook officer working detail in Nordstrom heard the shots and immediately responded. After reports came in of shots fired, police and other emergency personnel surrounded the mall.

Oak Brook police: 2 suspects may have been shooting at each other

Oak Brook police believe that two people may have been shooting at each other. One of the suspects was shot along with three other people who are believed to be bystanders.

Police believe two people who knew each other were shooting at each other. One of the individuals who fired shots and three female bystanders were injured, police said. The shooter who was hit four times: once in the left thigh, right thigh, right calf, and lower back, police said.

The suspect who fired shots is a man in his 30s.

Two of the female bystanders were believed to be in their 40s and the third female was in her 20s, police said.

All four individuals were transported to Good Samaritan hospital with non-life-threatening injuries. The suspect shot underwent surgery and is expected to survive.

Another woman fractured her ankle while running from gunfire. She was taken to Elmhurst Hospital, police said.

Two guns described as pistols were recovered as well.

As of Friday morning, police said two people were in custody and one suspect is still at large.

The Oakbrook Police Chief said the suspect who is still at large is in the blue puffy coat pictured below: 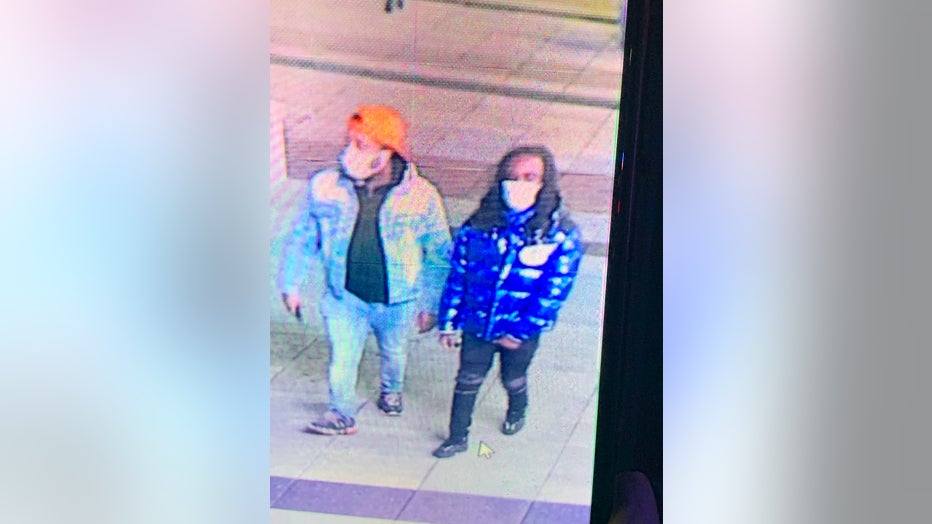 The mall will reopen Friday morning at 10 a.m. with a heavy police presence. The department is working with the State's Attorney's Office on charges.

Oak Brook police searching for suspect in 'blue puffy jacket,' believed to be other mall shooter

The Oak Brook Police Chief said the suspect who is still at large was wearing a blue puffy coat.

"Tonight’s isolated incident is extremely upsetting for our shopping center community. We are grateful to our partners at the Oakbrook Police Department for their diligence in leading this developing investigation."

Many families are shaken following a shooting at Oak Brook Mall just days before Christmas.

This is a breaking news story. Check back for updates.