"We had to have extra power to put on, to be able to handle it," he said.

But it all comes from just Kresge’s house and it’s been a tradition for 45 years straight.

"Kind of each year, we say to ourselves, ‘Well there’s something new, let’s do that,’" he said. "And it just grows to finally getting something like we have here."

Kresge doesn’t have any photos of what it looked like "in the olden days" – he’s not a photo person, he says – but as of Monday, it includes more than 300,000 lights, a 21-foot snowman, games, and his favorite – an 18-train display. 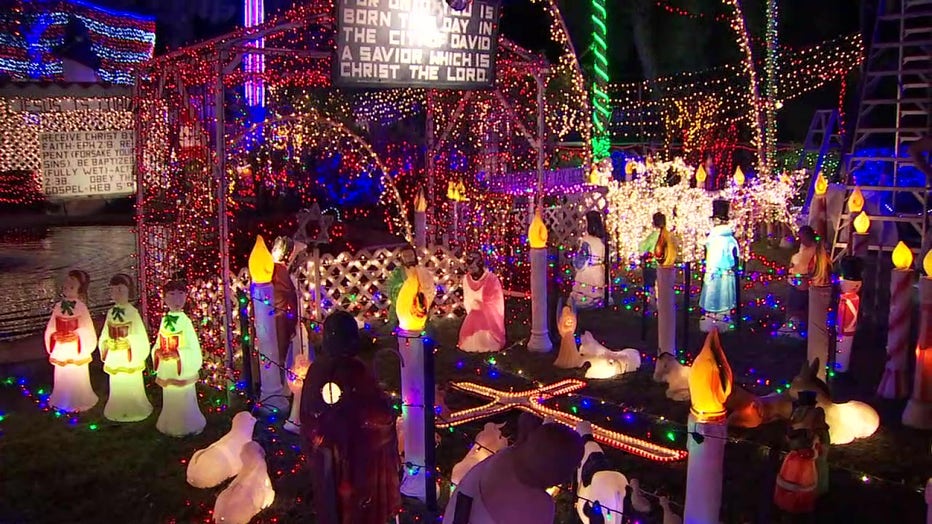 MORE: With supply down, Christmas tree prices are up this year

"Most people, even though they love the lights, and the different things we have on display, you come to the railroad, and everybody from children to old people stop and the train table will run 18 trains at one time," he said.

And you could say they’re working just as much overtime as Santa’s elves. The work begins at the start of September.

"In the beginning, after we get up out of bed, we work on it until maybe 11 o’clock at night. But now, you get a little desperate – ‘I want to do this, I want to do that,’ so sometimes I’ll work until 3, 4 o’clock in the morning," he said. 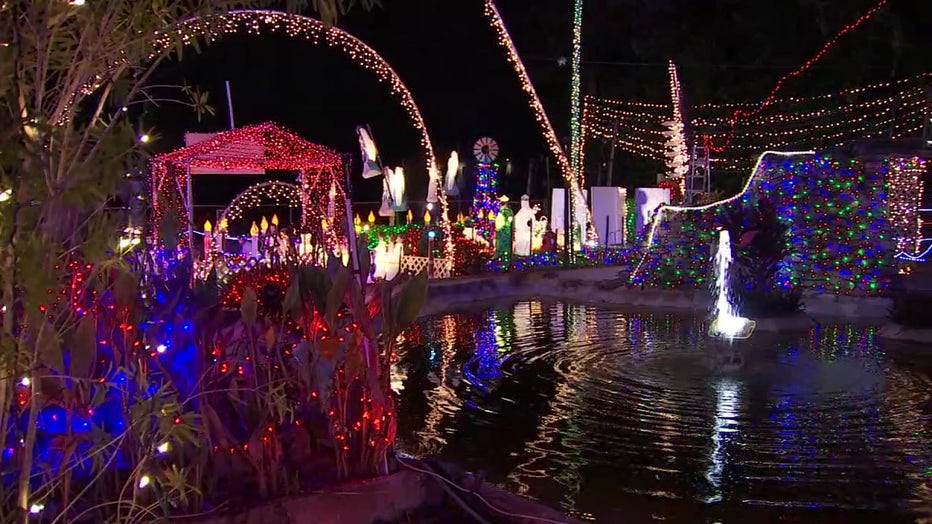 It’s a true labor of love to bring the Christmas spirit to St. Petersburg for nearly half a century.

"No matter what a person likes during Christmas, I think we have it here."

The display runs every day from 6 to 10 p.m., starting Black Friday at 2719 Oakdale Street South in St. Petersburg.