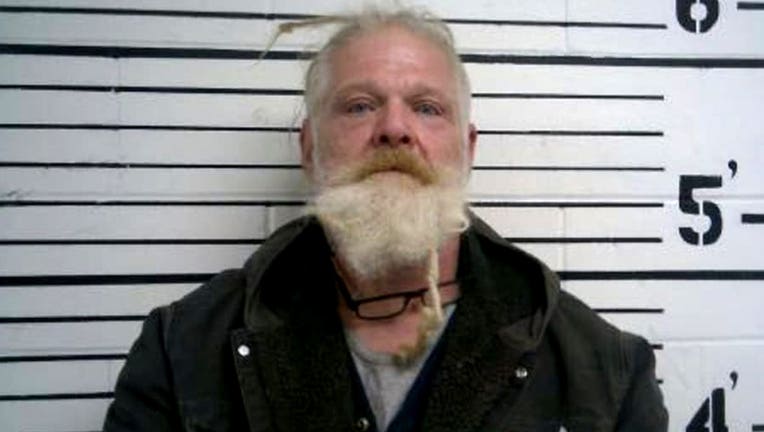 An Oklahoma 61-year-old is facing three counts of first-degree murder after an Arkansas man searching for his missing sister found her remains under a pile of leaves on the alleged killer’s rural property, according to authorities.

Robert Edwin Lewis allegedly killed two people on his birthday – then strangled his girlfriend days later, burying them all in shallow graves. Police found him at the Cherokee Casino in Tahlequah, Oklahoma, Friday, after they said he called a detective, who is a family member, and confessed to killing two of the three victims.

Jimmy Lamb, an Arkansas man, came to Oklahoma to search for his missing sister, Quinley Lamb, last month. He found her on Friday buried in a shallow grave on Lewis’ property, court documents show.

Christina Orosz, who police said was escorting Lamb around the property, is Lewis’ ex-wife. They two of them found two Arkansas identification cards at a travel trailer area on the property – belonging to Quinley Lamb, 43, and a man named William Ring, court documents state.

Cherokee County deputies arrived and met with the duo.

"Christina said she contacted her ex-husband Robert by cell phone and asked him about Quinley Lamb, Brian Shackleford and William Ring, and Robert told her they was here but now they are gone and won’t be seen again," a probable cause affidavit reads.

Orosz then led the deputies to a wooded area with "a big hole" covered in leaves. Deputies could see human remains in the pit and applied for a search warrant.

Meanwhile, according to investigators, Lewis called a relative, Eldon Graves, a detective with the Talequah Police Department, and told him he’d killed two people.

Deputies found him at the Cherokee Casino in Tahlequah that evening, playing a slot machine, and arrested him without incident. Under questioning, he allegedly admitted to a third murder before asking for an attorney. The motive remains a mystery.

He allegedly told authorities he killed Quinley Lamb, Brian Shackleford, 42, and his girlfriend, Deanna Tippey, 36, and buried them on his property.

On Saturday, deputies returned to Lewis’ land to serve a search warrant. They uncovered three sets of human remains, two female and one male.

Lamb’s skull had been fractured – and Shackleford’s throat slit, Chennault said during a Monday news briefing. The two are believed to have been murdered on Jan. 16 – which court documents reveal is also Lewis’ 61st birthday.

Days after the double homicide, Lewis allegedly turned on his live-in girlfriend, Tippey, and killed her too, allegedly by strangulation.

Ring’s whereabouts were not immediately clear. The sheriff’s office said it had no one available to comment Wednesday evening.

You can get more updates on this story on FOXNews.com.