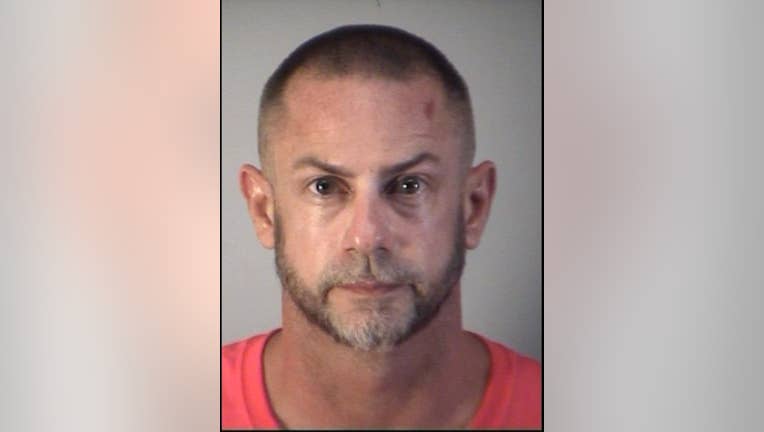 OLDSMAR, Fla. - A Pinellas County man was arrested in another Florida county after sexually battering a teenager, the sheriff's office announced Friday.

According to officials, Winthrop and the victim drank several alcoholic beverages and smoked marijuana to celebrate his 40th birthday. Detectives did not say which date this occurred.

Officials said the teenager became sick and went to bed. Then, the suspect climbed into the same bed and sexually battered her throughout the night, detectives said.

When detectives were ready to arrest Winthrop, they couldn't find him at his Oldsmar home. An arrest warrant was obtained and detectives began searching for him.

Eventually, they said he was found at a home on Lake Avenue in Leesburg. Police in the city were notified and went to the home to arrest him.

When Leesburg officers arrived, police said Winthrop tried to flee but was caught by a K9. He was arrested on the sexual battery charges.