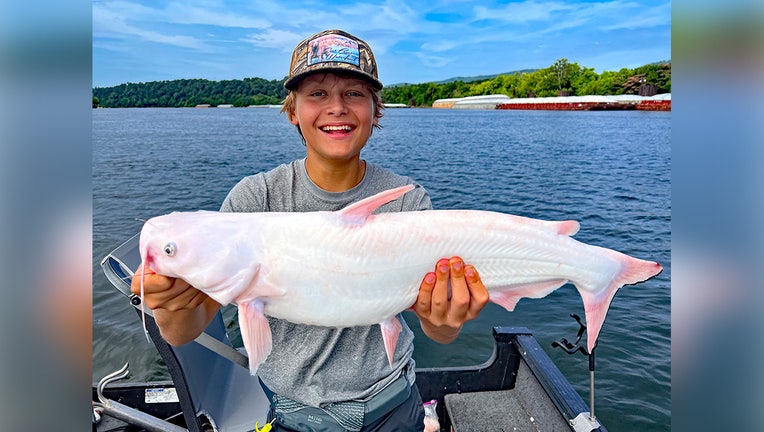 A 15-year-old managed to catch a rare leucistic blue catfish during an excursion in the Tennessee River in late June.

Edwards Tarumianz was on a fishing trip captained by Richard Simms, the owner and guide of Scenic City Fishing Charters, Inc. when he caught the rare fish.

"I have been seriously catfishing for 30 years. I have been a professional catfish guide for 17 years and have seen literally tens of thousands of catfish landed in my boat. This is the first white (leucistic) catfish I have ever personally seen caught," Simms told FOX TV Stations.

Leucism is a condition affecting various animals characterized by an overall pale color or areas of reduced coloring. Leucism is very similar to albinism except with leucism, the coloration of the eyes is not impacted.

Edwards, his father Jeff, and Simms were floating on the headwaters of Nickajack Reservoir when they caught the albino catfish. 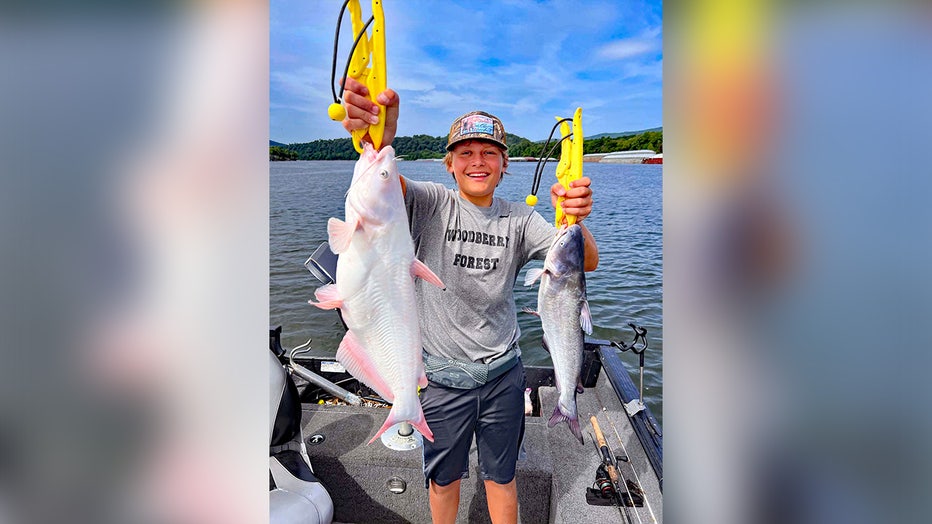 Simms estimated it weighed around 6 to 8 pounds and it took the teen angler about 4 to 5 minutes to get it into the boat.

"To finally personally see such a rare catfish caught was extremely exciting. We were shocked when we saw it. Of course, we saw it before we actually landed it so it was some very tense and nervous minutes until we got it in the net," Simms said.

After posting photos of the rare catch on his Facebook page, news of the albino catfish went viral with media outlets such as USA Today, Newsweek and Field & Stream Magazine publishing stories about it.

"Most anglers fish their entire lives and never see one. I am 67 years old, have boated literally tens of thousands of catfish over the years and it was the first I'd ever seen in person. I may see another one someday, or I may not, but regardless, I’ll never forget this one," Simms said.

Edwards ended up releasing the rare catfish back into its natural habitat, according to a video posted by Simms on YouTube.

"That is a once-in-a-lifetime fish right there, folks," Simms can be heard saying in the video.