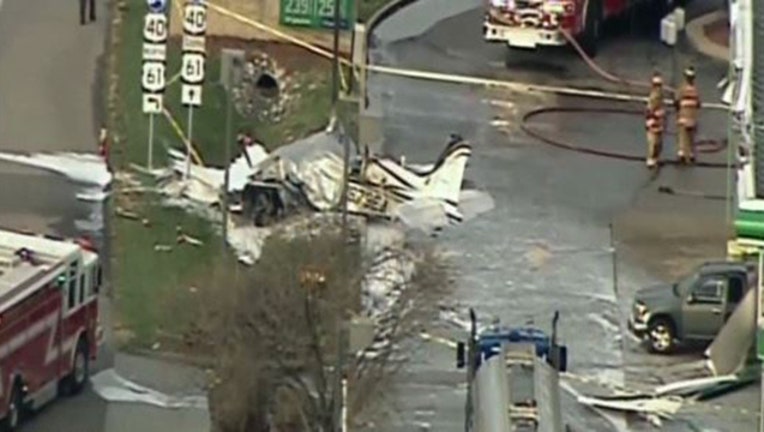 FOX2 Now in St. Louis says officers with the Spirit of St. Louis Airport responded to the crash near a gas station Wednesday just after 3 p.m.

An eyewitness told reporters the plane was fully engulfed in flames, but firefighters quickly put out the fire.