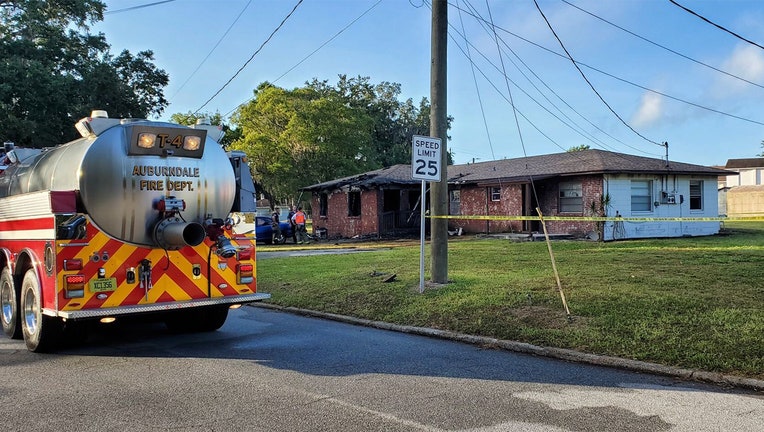 AUBURNDALE, Fla. - Polk County officials are investigating a house fire after a 61-year-old man was found dead inside.

According to Polk County Fire Rescue, the fire took place at a duplex at 209 Granada Road in Auburndale. Fire crews arrived around 5:15 a.m. and found smoke and flames coming from the home. The fire was under control at 6:08 a.m.

The man who lived there – and has not been identified – was found dead.

Polk County detectives are investigating the circumstances surrounding his death.

The events leading up to the fire remain under investigation.