NEW PORT RICHEY, Fla. - An epidemic on which medical professionals and law enforcement seemed to be getting the upper hand continues to claim lives.

The number of drug overdoses and deaths is rising in several Bay Area counties, including Pasco County, where it can only be described as an explosion.

A bedroom Bonni Snider's home is still filled with her son's things: decks of cards, dominoes, video games, and pictures of the comic book villain, The Joker.

"Patrick's nickname was The Comedian," Snider told FOX 13's Evan Axelbank, as she looked at his picture on her wall.

People have encouraged her to donate some of Patrick's belongings. She can't bear to.

"It is like I am giving my son away," she said.

After he died Aug. 11 of a drug overdose, she placed his ashes on a shelf above her living room. 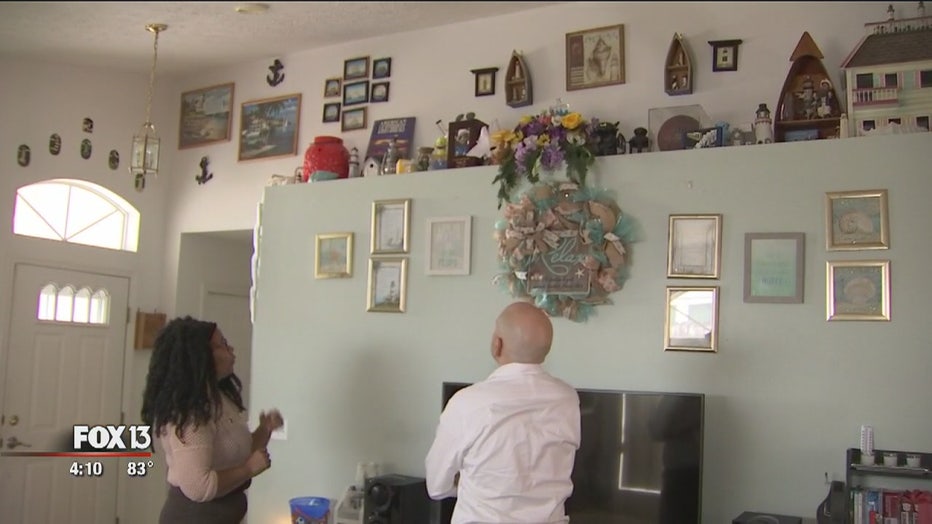 Patrick, a manager at Dunkin Donuts, was a 33-year-old father of three. Snider said after several of Patrick's relationships with women went south, he turned to drugs.

"We all carry Narcan on us," said Sheriff Chris Nocco, who believes the increase is due to dealers not caring whether they kill their customers.

Nocco said the mindset among dealers is: Whoever can sell the best high will make the most money, so they lace drugs with fentanyl.

"Addiction is a disease," Nocco said. "One of the things our mental health team does, they go out to people who have had an overdose and survived, and say, 'Do you want help?'"

Patrick's death is even tougher on Snider because she is a community health coordinator.

"It is not that I didn't recognize the overall epidemic," said Snider. "It puts a different perspective on it now that I am personally affected by it."

She pledges to continue redecorating the room Patrick moved into just before he died.

"One of the comments he made to me was, 'I feel like everyone is talking about me and no one is talking to me,'" she said. "'I feel all alone,' and I was like, 'Son, you are not alone.'"

A previous version of this story inaccurately stated a community health coordinator died from an overdose. The headline has been updated to reflect accurate information.