A deadly crash in Palm Harbor closed U.S. 19 for hours. Troopers said a firefighter was also hurt in the collision.

PALM HARBOR, Fla. - On the heels of a vehicle crash on U.S. Highway 19 early Wednesday morning, a separate crash occurred, sending one firefighter to a hospital. The driver in the second collision later died, officials said.

According to Palm Harbor Fire Rescue, fire crews responded to the first crash in the northbound lanes of U.S. 19 and Innisbrook Drive. The initial crash involved a blue Chevy and a teal-colored sedan and was described as a "a simple rear-end collision at a traffic light," explained Sgt. Steve Gaskins, an FHP spokesperson.

Two fire trucks were used to block some lanes. The driver of a silver GMC Denali pickup truck was speeding northbound when it struck the right side of both trucks, troopers said. One firefighter, later identified as 38-year-old Lt. Ashley White, was hit. 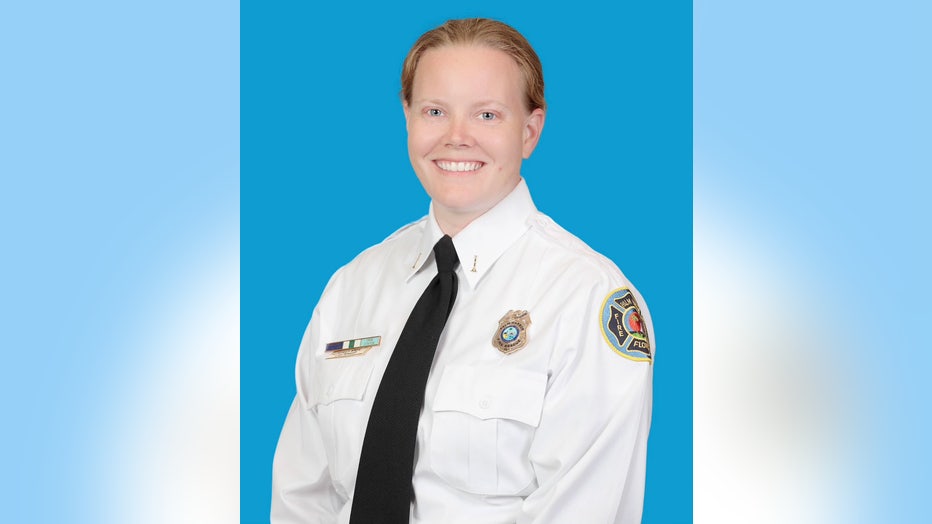 Sgt. Gaskins said the driver lost control of the vehicle for "unknown reasons." Then, the pickup truck continued further north and collided with fire hydrant.

"We don't know if it was a medical event or impairment," Gaskins said. "It's very early on in the investigation to tell you at this point." 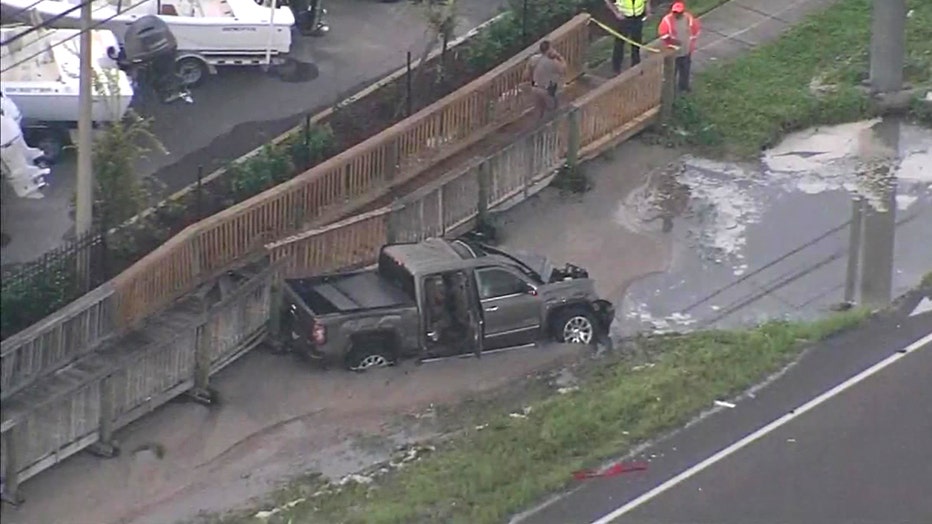 Additional units responded to the scene to help Lt. White, who was later taken to a Bayfront hospital in critical condition. According to Palm Harbor Fire Rescue, she remains in the ICU as of Wednesday afternoon and will have surgery.

The driver of the GMC – identified only as a 26-year-old man from Ironton, Ohio – was taken to AdventHealth North Pinellas, and later passed away. 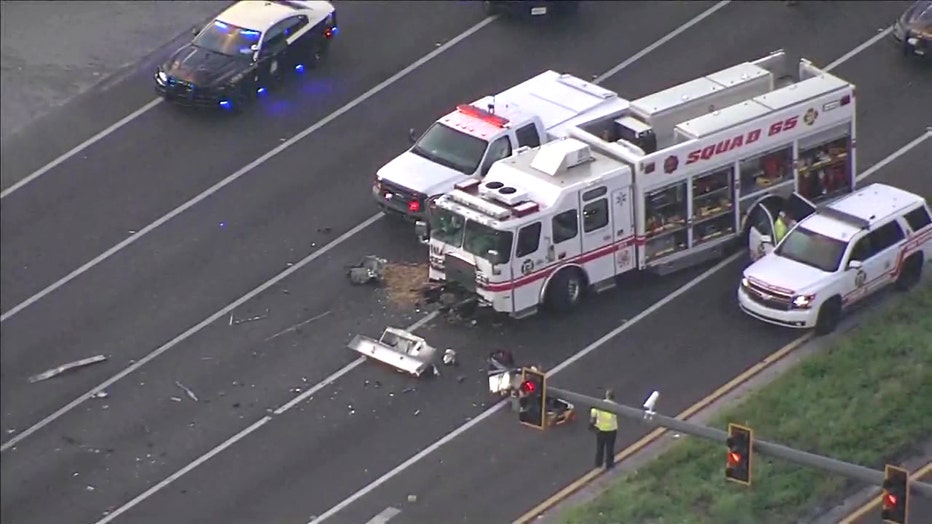 As for the first collision, troopers said the driver of a sedan, a 53-year-old man from Tarpon Springs, was stopped at a traffic signal when a second sedan, driven by a 35-year-old woman from Clearwater, struck the back of his vehicle. One person involved was taken to AdventHealth, and another refused medical treatment. Both had minor injuries.

The northbound lanes of U.S. 19 were closed for the investigation but reopened around 9:40 a.m.