TAMPA, Fla. - Many parents have cameras in their nurseries to keep a watchful eye over their newborns. But Scott and Tanesha Marsden never thought they’d witness what they saw last Friday.

"What we saw was totally inexcusable," Scott Marsden said.

They say their cameras caught their babysitter yelling at their 3-month-old child, who was crying in her arms.

The Marsdens hired the babysitter using a well-known caregiving site, sittercity.com. The sitter had been working alongside Tanesha for weeks, during Tanesha's maternity leave, and they never had an issue.

"She worked fine. Whatever questions or concerns, she asked me about it," Tanesha said.

The sitter had been alone with the Marsdens' two children the last two weeks when this unfolded Friday. Scott said he just happened to check into the live video stream during work.

"We have a Ring camera system and I just so happened to look at it, and I saw the sitter holding the baby," he said. "Something just didn’t seem right, she seemed agitated." 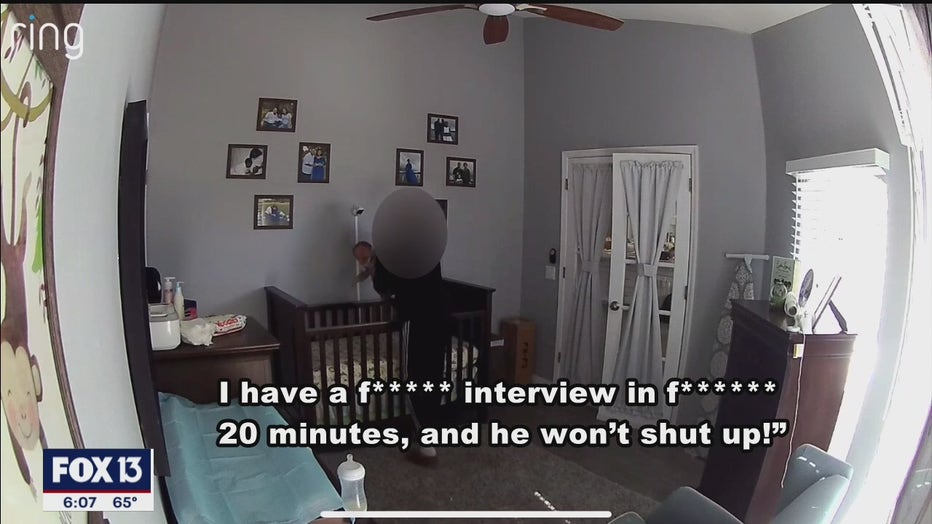 Scrolling back on the camera feed, he witnessed the sitter screaming profanities at his son.

"You’re in here crying for no [expletive] reason! I have a [expletive] interview in 20 [expletive] minutes and you won’t shut up," she can be overheard saying.

"It just didn’t make sense, how someone could speak to a 3-month-old like that," Scott said. "You know, it sounded like she was talking to another grown man."

Tanesha added, "I felt bad for the baby and I was furious at her for her actions."

Scott says he was extremely uncomfortable with how the situation was escalating. He rushed home and quickly relieved the sitter, without making mention of what he’d witnessed.

"I basically let her know that I was home and she could leave for the day," he said. "It was difficult holding in my emotions, but I decided I wasn’t going to yell or scream. I didn’t confront her about it at all."

The family filed a report with sittercity.com, which said the babysitter had only been on the site since November 2020 and that the Marsdens were the only family she had connected with. The company said the sitter's background checks did not reveal any previous problems.

The babysitter has since been removed from the platform.

As for the Marsdens, they’re just happy they pulled up the camera at the right time.

"Most people know if they’re being recorded that they’re going to be honest and treat your kids OK," Scott said. "In this situation, it didn’t work out that way."

The Marsdens say they don’t have any plans to file a police report after this event. They recommend parents do "random" check-ins on their cameras when babysitters are caring for children.