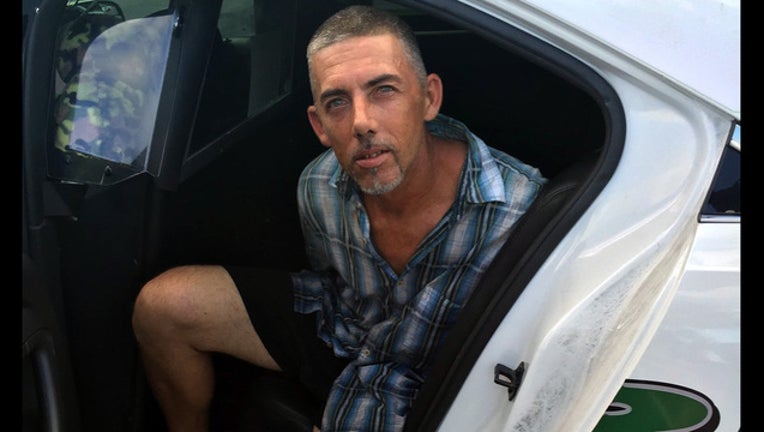 The school was on lockdown while deputies searched the area for Chad Deskins. Deputies say he was in the process of being arrested on a charge of "false verification" when he escaped custody.

Just before 6 p.m., the sheriff's office said Deskins had been caught.