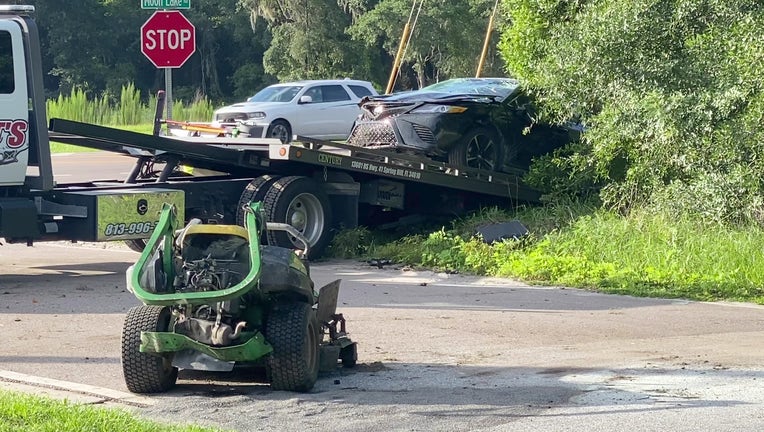 NEW PORT RICHEY, Fla. - A man on a riding lawnmower was hit by a suspected car thief who was being pursued by Pasco County deputies Thursday.

The sheriff's office said deputies were in pursuit of the stolen vehicle on Moon Lake Road, but they had to fall back due to traffic in the area. An aerial unit took over the chase from there.

However, when the driver tried to go around the traffic on Moon Lake, the vehicle went off the roadway and hit a man on a lawnmower.

The man was taken to the hospital but his condition was not known, the sheriff's office said.

The driver – described only as an adult female – was taken into custody. The sheriff's office said she had "no significant injuries."