FWC Officer run over by ATV in Polk County

AVON PARK, Fla. - A Florida Fish and Wildlife Conservation Commission officer was injured Saturday night near the Avon Park Bombing Range when he was beaten run over by an ATV, according to the Polk County Sheriff’s Office.

It happened around 9 p.m. at the River Ranch Hunt Club, a private hunting camp of about 88,000 acres in Polk County.

According to Polk County Sheriff Grady Judd, an FWC officer received reports of people night-hunting in the area. The officer said he saw a light and two ATV’s, one being a side-by-side off-road vehicle, and he began to follow the men on foot. That’s when he heard a gunshot. The officer approached the men, took two shotguns, and engaged them in a conversation, according to the PCSO. 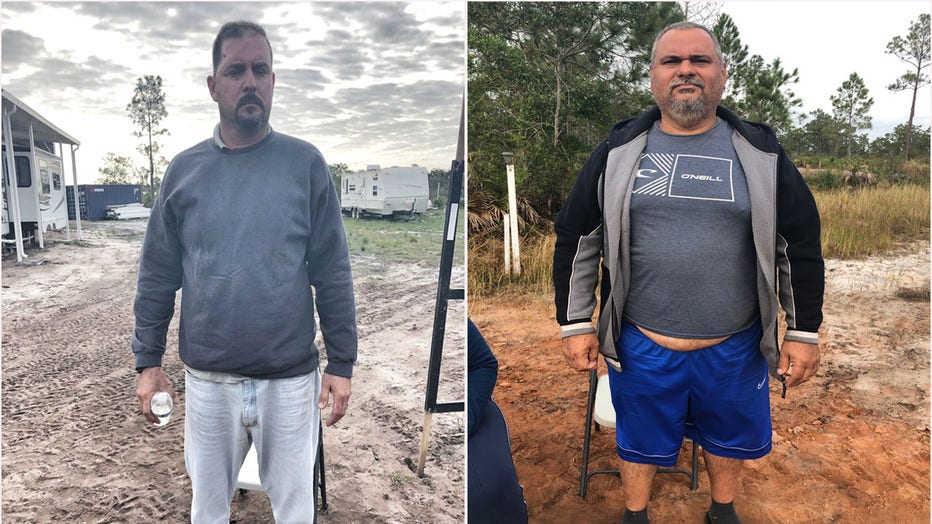 "After beating him and hitting him with the side-by-side, these men left the officer an hour deep in these woods and didn’t care if he survived," Judd said during a press conference on Sunday.

The officer told law enforcement that the suspects fled back in the direction of the hunt club. Law enforcement set up a perimeter and searched throughout the night.

The Osceola County Sheriff’s Office helicopter spotted one of the ATVs, which was yellow, submerged in the water, and law enforcement found a cell phone at the scene.

Judd said after obtaining a search warrant, they learned that the cell phone belonged to Amalfi. Once they had a name, the team discovered he had a camp in the area. At sunrise, law enforcement found Amalfi and Milian at the camp and arrested them.

"These folks from Miami made a mistake when they set up camp in Polk County and then wanted to attack one of our officers up here. We don’t accept that."

During the press conference, Judd asked for the third suspect to turn himself in peacefully. However, he added, "We’re going to chase you until the end of the Earth or Miami, whichever it is until we find you and put you in jail for attacking one of our officers last night."

PCSO is asking for the public’s help in identifying the third suspect and locating the other ATV. FWC is offering a $5,000 reward for information. Anyone with information is asked to call the FWC or Crimestoppers at 1-800-226-8477.