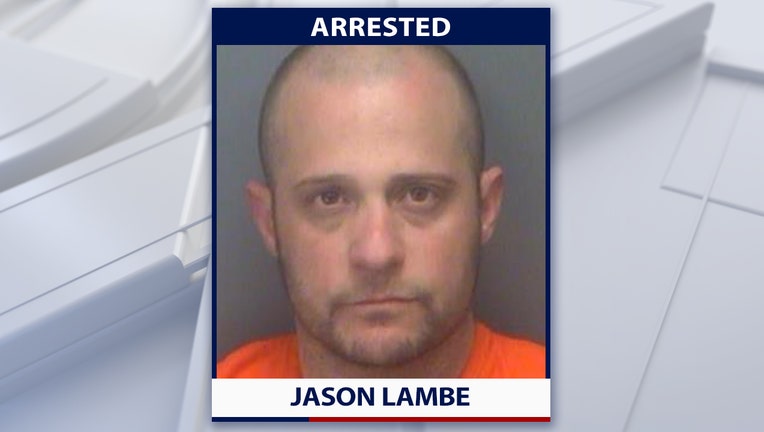 CLEARWATER, Fla. - Pinellas County deputies have arrested Jason Lambe, 42, an off-duty Clearwater police officer, on several charges after they say he battered an ex-girlfriend, threatened her and held her captive for days inside her home.

According to the Pinellas County Sheriff’s Office, deputies were called to a Dunedin home around 2 a.m. on Jan. 27 regarding a domestic situation that was in progress.

Once on scene, deputies made contact with Lambe outside the home and arrested him after he refused verbal commands and resisted deputies.

The deputies then made contact with the victim, who told them she had previously dated Lambe, but they were not currently in a relationship. Deputies say the victim told them that Lambe arrived at her home uninvited on Jan. 23, took her cell phone and refused to allow her to leave the residence. For multiple days, Lambe refused to allow the victim to leave her residence, battered her, and threatened to kill her and then himself, according to PCSO. The victim sustained multiple minor injuries, but did not require medical attention.

Lambe was taken to the Pinellas County Jail without incident. He has been charged with domestic battery, false imprisonment, resisting an officer without violence, and assault on a law enforcement officer.

Lambe joined the Clearwater Police Department in 2006 and, according to the agency's Facebook page, received a letter of commendation in 2021 for using a fire extinguisher to douse the flames that were threatening a woman trapped inside a vehicle.

"Upon learning of the arrest, the department immediately initiated the process required to separate employment. The employee will be placed on administrative leave without pay while the process to separate is underway," said Clearwater Police Chief Dan Slaughter. "We are deeply troubled to learn what the victim and her family experienced. There is nothing that excuses that kind of behavior. We hope Mr. Lambe gets the help that so many people have encouraged him to receive."