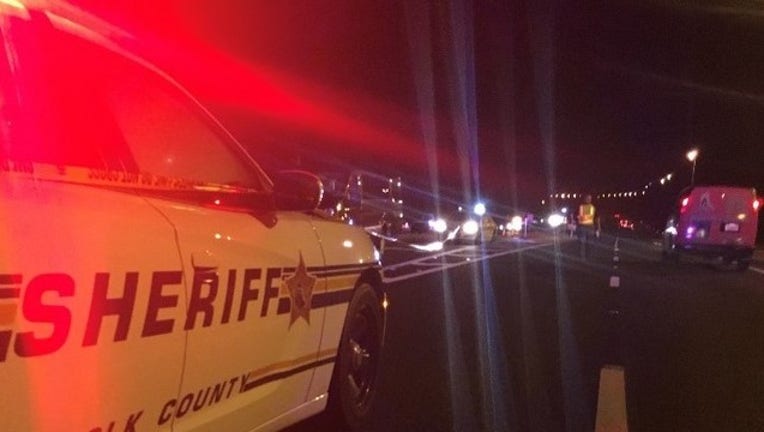 The crash occurred shortly before 9:30 p.m. on State Road 60 near Bailey Road.

According to deputies, 46-year-old Miguel Hernandez and a 12-year-old boy were attempting to cross SR 60 to go to a food truck on the other side of the road.

A vehicle traveling westbound was able to swerve to avoid hitting the pedestrians, but a pickup truck behind it was unable to and struck Hernandez, deputies said.

Hernandez was pronounced dead when emergency crews arrived. The boy was not injured.

The driver of the pickup truck remained at the scene and called 911. The driver who swerved to avoid them also stopped.

Deputies said there was no crosswalk in the area and Hernandez was wearing dark clothing. The crash remains under investigation.