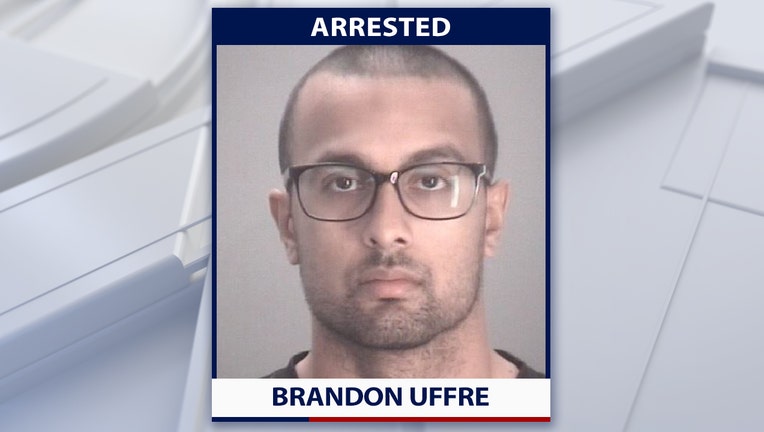 NEW PORT RICHEY, Fla. - Brandon Uffre, 25, was arrested for child abuse on Christmas Day after Pasco County deputies say he lied about injuries a three-month-old suffered while in his care.

According to PCSO, Uffre told detectives that he fell with the child in his arms around 2 a.m. on December 24. He said during the alleged fall, he protected the child with his arms to prevent his head from hitting the ground and did not wake the child’s mother after it happened.

Around 11 a.m., the child’s mother took him to the hospital because she noticed considerable swelling and issues from the injuries he sustained during the alleged fall.

A physician at the hospital told detectives that the baby’s jaw was broken in three spots and he had a subdural hemorrhage on the brain due to impact injury. The doctor added that the baby will need reconstructive surgery and is in serious condition.

The physician said the injuries are consistent with a motor vehicle crash or child abuse.

Detectives say Uffre insisted he was not in a vehicle crash and was arrested for cruelty toward a child/aggravated child abuse.

Uffre was on a nine-day leave from the Army when the incident occurred.