Pedestrian dies after being struck by Pinellas deputy

LARGO, Fla. - It was pitch black and just before 5 a.m. when the Pinellas County Sheriff's Office says a man crossing the highway stepped directly into the path of one of their deputies.

Deputy William Morgan stopped and tried to help the man, but it was too late.

"All I saw was police cars everywhere with the southbound lanes of 66th Street completely closed off," said witness Tom Tafelski, the owner of nearby Aluminum Craftsman and Thomas Construction & Inspection.

Across the way, Tafelski recalled his own close call.

"Right down there. At night with dark clothes on, scared the heck out of me," he said. 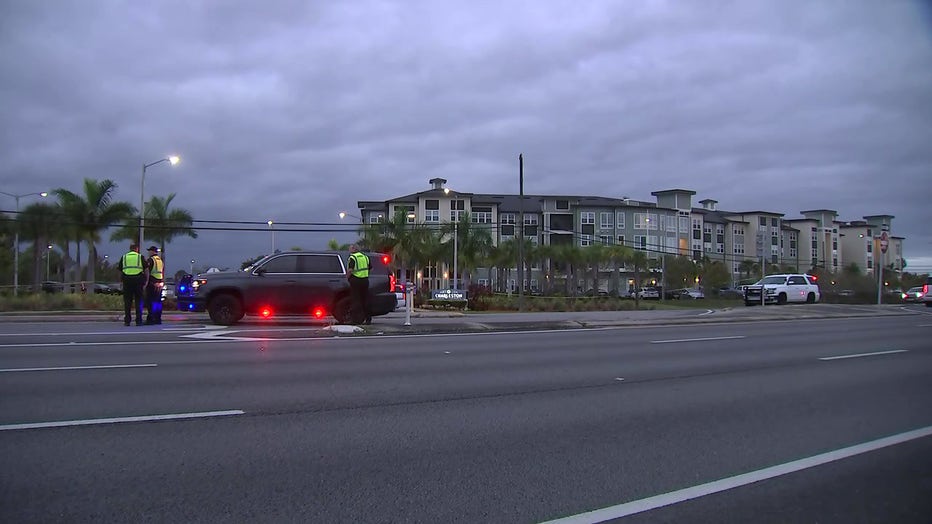 "All the way by Ulmerton, all the way by 126th, and there’s people between that area. They are always crossing by," said Soto.

With two crosswalks spaced out, Soto believes additional lighting and crosswalks could be a benefit for the area.

"There's a lot of businesses like Dunkin Donuts and Burger King where people cross to eat in this area and there is no crossing," she said.

As others attempt a similar path, those living and working nearby know it's only a matter of time until another accident happens.

"If you take the risk of crossing not in a crosswalk, you are putting yourself at risk and that’s what happened. And it’s happened too many times in this stretch of road," Tafelski added.

Deputies have not identified the man killed. They believe he was homeless.