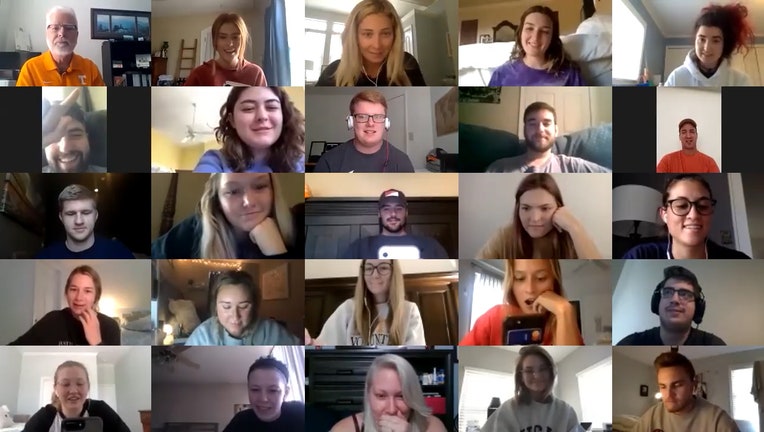 KNOXVILLE, Tenn. - Being late to class is never advisable, especially if the class is held online. Students in Dr. John Haas' class at the University of Tennessee's School of Communication Studies know better, but an unruly attendee showed up late, anyway.

Dr. Haas did not hold back: "Mr. Thompson, I think you're late for class." 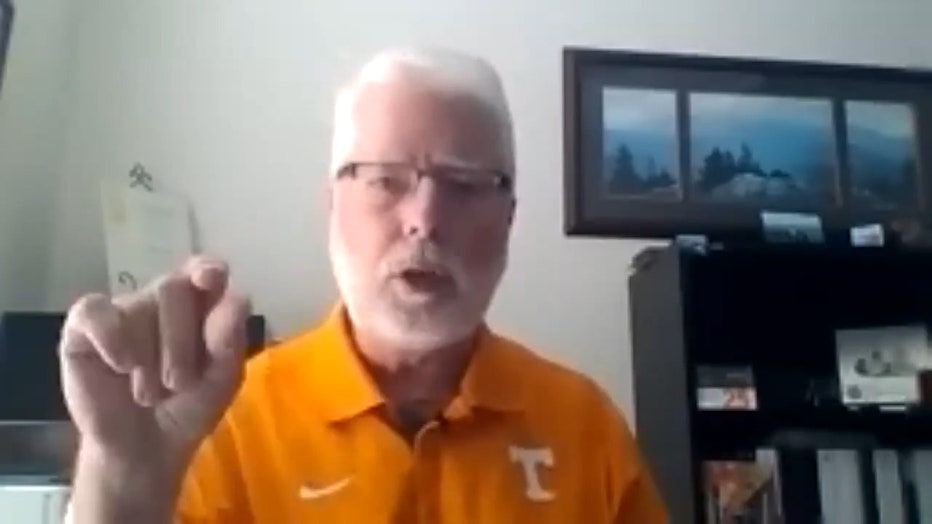 However, the latecomer's name was not Thompson and his late entrance was not a mistake.

The University of Tennessee is the alma mater of NFL great Peyton Manning and the School of Communication Studies is where he spent his academic career. 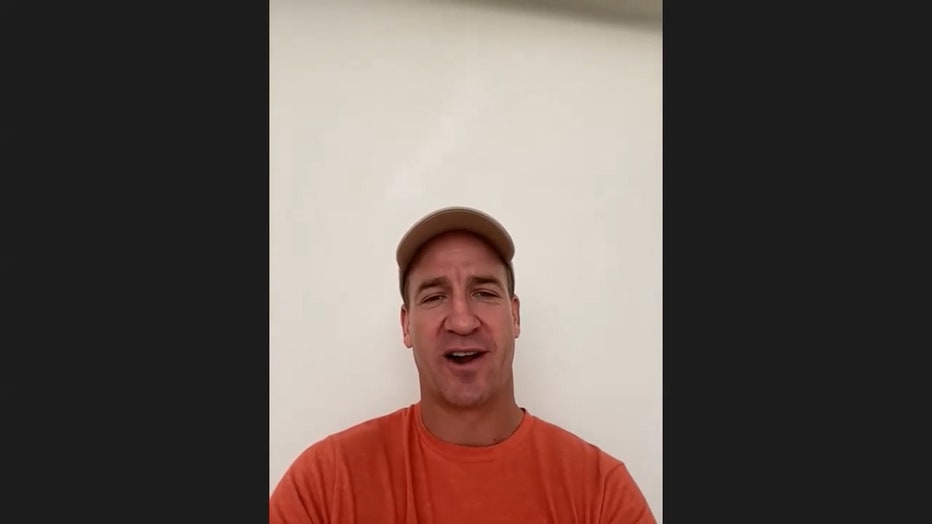 Peyton Manning attempts to apologize for being late to online class at his alma mater. (University of Tennessee School of Communication Studies)

It took the students a few seconds to catch on when Manning, a.k.a. Thompson, began apologizing to the professor.

"I'm sorry, Dr. Haas. It's been a while. It's been since 1996," Manning said as his selfie video took over the checkerboard of students' faces.

One by one, the students began to gasp and giggle.

Haas cuts Manning off, saying, "Well, you know, if you were here I'd be making you run the stadium steps for being late."

Manning laughed and explained, "these are unique circumstances."

"I just wanted to drop in and say hello to all the fellow communications students there," Manning said with a wave. "I realize this is a unique time and probably not the ideal way you want to spend your senior year."

Manning encouraged the students to stay positive and make the most of the rest of their academic year, despite the school's closure during the COVID-19 pandemic.

After Manning left the class chat session, the students exploded into bewilderment.

"Dr. Haas, some of us didn't even put on makeup this morning," one student laughed as others clapped and laughed.

Haas said Manning reached out to set up his surprise appearance in the online class because the former Volunteer wanted to give back to the school that had given him so much.

As they say in Tennessee, Manning is a Vol for life.